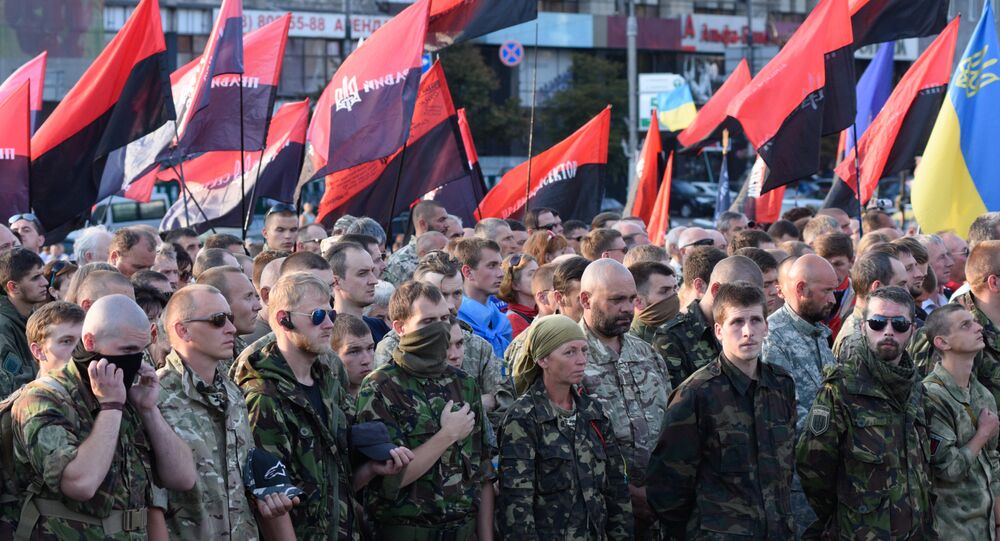 "According to the investigators, out of revenge for lawful conviction of Kostenko, members of the Right Sector's structural department dubbed Central National Court … have instructed all members of the illegal organization Right Sector to carry out murders of 50 officials of Russian state, judicial and law enforcement agencies, who took part in the investigation of the criminal case against Kostenko, as well as sentencing him, in 'convenient time with methods appropriate in concrete cases,'" the committee's spokeswoman Svetlana Petrenko said.

READ MORE: The Unusual Suspect: What is Known of Babchenko's 'Fake Murderer'

The spokeswoman noted that the Investigative Committee had initiated proceedings over the "death sentence," adding that the investigators would soon take steps to issue international arrest warrants for those involved.

In 2015, a Crimean court sentenced Kostenko to four years and two months in prison over injuring a Ukrainian Berkut officer during protests in Kiev and illegal possession of weapons.