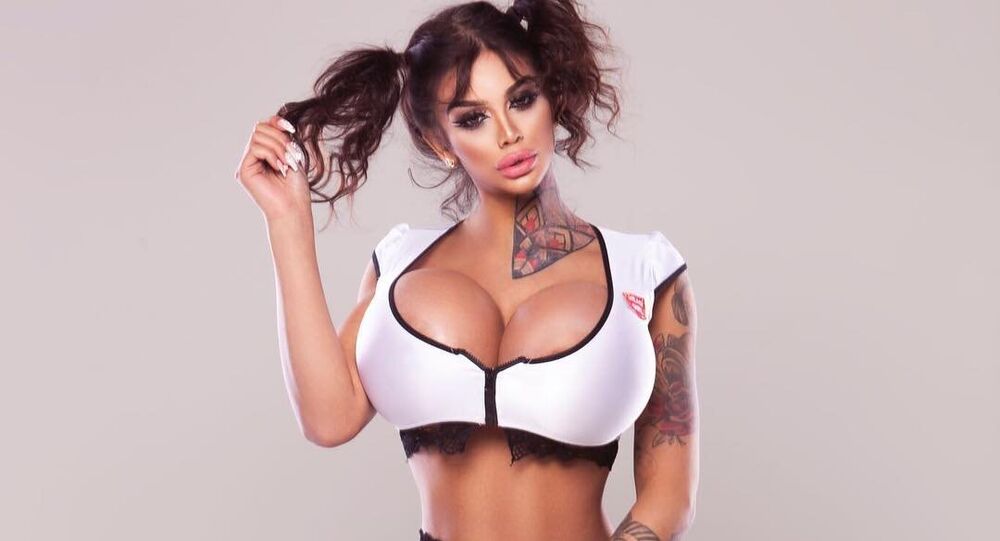 Having first turned to plastic surgeons to have her nose reshaped, the model was then inspired by a French dancer to radically transform her bust.

Glamor model Nicki Valentina Rose, who claims she has the “biggest boobs in Britain,” appears to have spent a whopping sum of over 40,000 pounds on respective surgeries over the past few year, The Daily Star reported.

However, the stunning 26-year-old is planning to go still further and have her 34NN bust enhanced to an even greater extent, as well as have an operation to obtain the perfect hourglass look by reducing her waist.

She appears to have been originally inspired by a French performer who formerly broke the world’s boob size record: “My obsession came from Lolo Ferrari; the first time I saw her, I wanted big boobs and I knew it was a big decision, so took me a while to achieve it,” The Daily Star quoted the woman, who started her plastic surgery experiments with rhinoplasty, as saying.

© Photo : real.barbie.of.berlin/instagram
'Real Barbie of Berlin' Forks Out $53K to Make Her Boobs 2 Kg Each (PHOTOS)

Having forked out a fortune on a variety of implants, she is aware of the medical risks involved, namely potential back issues, and is strongly advised to work on the respective muscles. Separately, her extraordinary curves may get in the way of her everyday life, but the pros still prevail for her:

“It makes me happier when I have big boobs – it's something I've always wanted since I was really young,” the British publication quoted her as saying.

“I just float on them when I sleep because it's quite relaxing. It's like sleeping on a big pillow underneath me,” she said.

Nicki has essentially used her body's “assets” to help start her model career, as her jaw-dropping snaps have invited plenty of modelling offers.