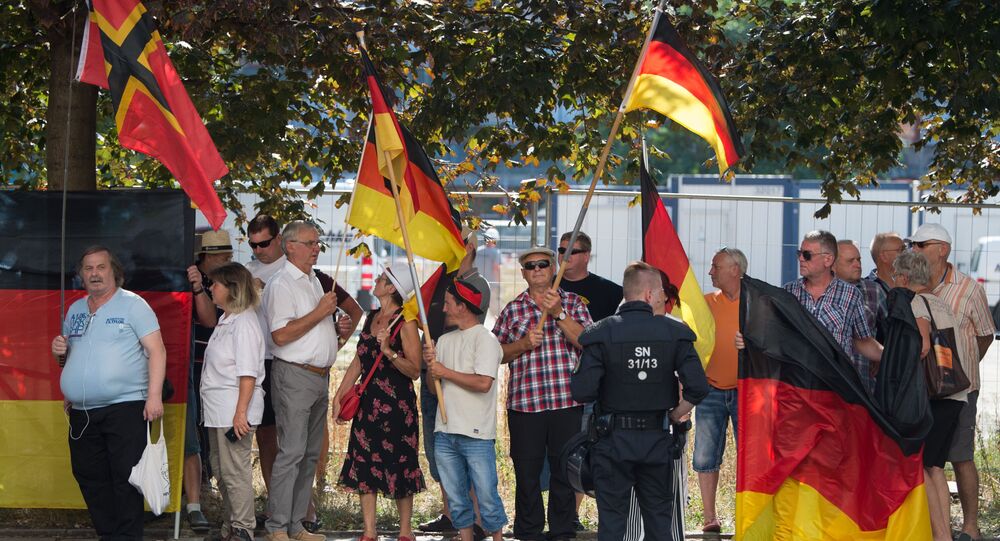 After a ZDF film crew was detained by the police after a conflict with right-wing Pegida activists, several German media outlets have questioned how local law enforcements might be connected to the controversial group.

The minister president of the German state of Saxony, Michael Kretschmer, has rejected accusations that the local police had subverted the freedom of press. He added that an internal investigation was being carried out to determine whether police officers acted properly in a recent incident involving ZDF journalists and right-wing Pegida activists.

The head of the local police, Thomas Geither, noted in an interview with NDR that although the law enforcement officers had not acted absolutely correctly, they had not limited the freedom of press in any way. He also added that the Saxon police were not working "on [Pegida] protesters."

"The police are a cross-section of society. You'll find every political persuasion here," Geither said while commenting on media reports that alleged that the police had sympathized with Pegida activists.

Earlier, a scandal broke out after the Saxon police detained a ZDF film crew over a conflict with Pegida protesters, who asked the journalists to stop filming. The crew was taken to the local police department and released less than an hour later. The police chief noted that they would have been released faster had they not called their editorial for consultations.

German opposition politicians from the Left and Green parties have accused the police of impending the freedom of press by arresting journalists and ignoring the Pegida activists, who oppose the islamization of the West. The accusation received an additional boost after land's Interior Ministry uncovered that one of the activists was a member of the Saxon Criminal Police Office.