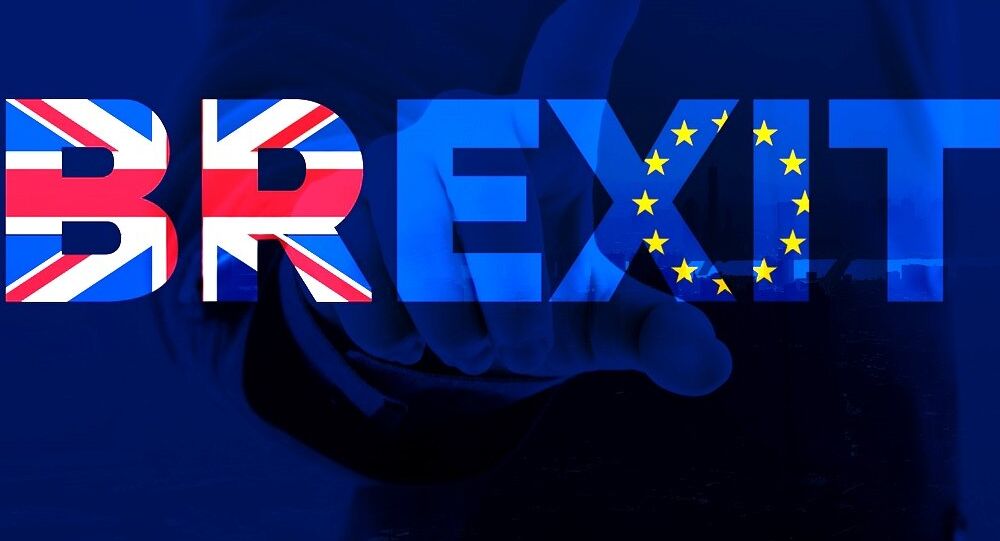 With the chances of agreeing on the terms of Britain’s exit from the EU by October as planned fading, the UK government is telling businesses and the public how to get ready for a no-deal Brexit.

Consumers would face slower and more costly credit card payments when they buy EU products, and British citizens living abroad could lose access to their bank accounts, in the event of a no-deal Brexit, the government has warned.

Even though the Brexit Secretary Dominic Raab said he was still "confident" that an agreement would be reached, he dismissed “doomsday” scenarios about what would happen if the talks failed.

© AP Photo / Matt Dunham
Brexit Secretary Says Hard Brexit Wouldn’t Be ‘Doomsday’, Deal With EU Remains Priority
Insisting on the need to have a blueprint for how to “wind down our membership” of the EU with the minimum possible disruption, Raab outlined the first batch of 25 “technical notes” on the consequences of a no deal, with many more yet to come.

According to the paper,” UK banks will likely  lose access to EU payments systems and their customers could face increased costs and slower processing times for euro transactions and the cost of card payments between the UK and EU is likely to increase as well.

Moreover, customers of UK banks living in the EU “may lose the ability to access lending and deposit services, and insurance contracts.”

Businesses are also being warned that in the event of a no-deal Brexit, “the free circulation of goods between the UK and EU would cease” as firms would need to fill out customs declarations for goods entering the UK from the EU and “engage the services of a customs broker, freight forwarder or logistics provider to help, or alternatively secure the appropriate software and authorizations.”

As the deadline for the Brexit agreement is approaching, the parties are still at an impasse on the major withdrawal issue – post-Brexit customs arrangements.

According to the so-called Chequers plan, adopted by the UK cabinet in July, the two parties could create a free trade area for goods and maintain a "common rulebook" for all items. Brussels, however, rejected the proposal.

The issue of the Northern Irish border is among the most contentious matters in the EU-UK talks, as Britain’s pullout from the EU Customs Union might require the introduction of a hard border between the United Kingdom and Ireland.