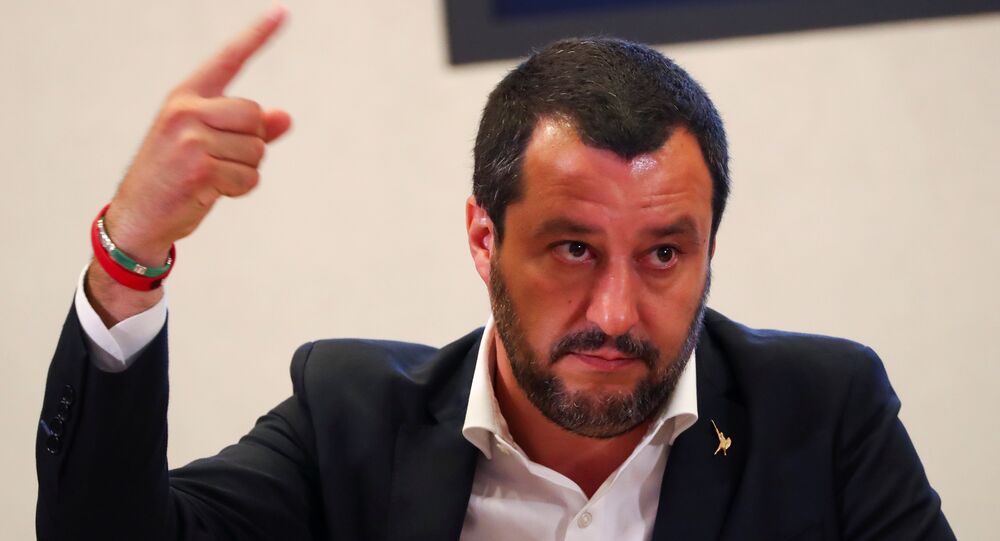 This is not the first time a boat with rescued migrants has been detained in Italian waters with its passengers being barred from disembarking by order of the right-wing Lega party leader, who wants the rest of Europe to play its part in handling migrants.

Italian Interior Minister and Lega party leader Matteo Salvini, via his Facebook page, has called out investigators working on a case regarding the detention of a migrant vessel. Earlier the prosecutor's office in Agrigento had begun an investigation into the detention of 177 migrants on board a coastguard vessel in the port of Catania against "unknowns."

"I heard that the prosecutor's office in Agrigento has opened an investigation. I also heard that the suspects are ‘unknown' at the moment. But I'm not unknown. My name is Matteo Salvini, I'm the minister of the interior. Come on, try me too, I'm here," Salvini wrote.

The boat with migrants docked on August 20, but most of the passengers (excluding 29 minors) are still barred from leaving it. Italy has insisted the rescued individuals must be transported to Malta, since they were found in that country's search-and-rescue zone, but the latter has refused to take them.

Italy's transport minister, Danilo Toninelli then ordered the boat to dock in Catania, but Salvini rejected authorization for migrants to disembark unless Europe presents a plan for their future redistribution among EU member-states.