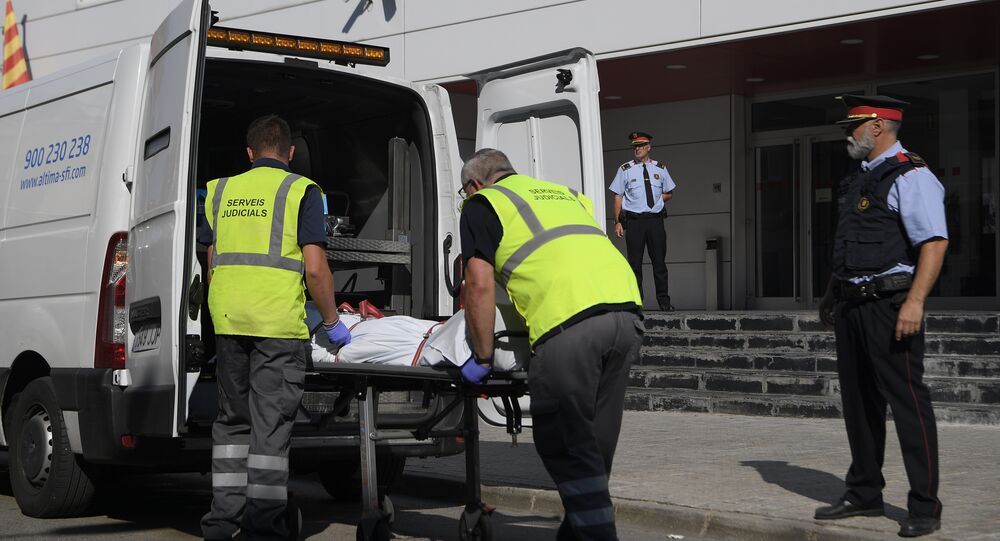 An Algerian man, who reportedly tried to storm a police station in a Barcelona suburb, was suffering from marital problems and was about to be evicted from his home, a local newspaper claims.

The knife-wielding man, who was shot by Catalan police officers while attempting to attack a precinct, was identified as Abdelouahab Taib, a 29-year-old man of Algerian descent, the El Periodico de Catalunya newspaper reports.

According to the newspaper, the man became a resident of Barcelona two years ago after he married a 40-year-old Spanish woman named Luci, who converted to Islam, and settled at her place.

© REUTERS / Stringer
Three Injured as Car Rams into Pedestrians in Spain's Zaragoza - Reports
One of Luci’s friends, on condition of anonymity, said that the lady wanted to dissolve her marriage with Abdelouhab last week.

Following this development, Abdelouahab "started to pray at dawn," "to talk alone" and to spend many hours with a group of men who came to pick him up at night "in a white minivan."

Lately, Abdelouahab "lost his mind," the source claimed, adding that the Algerian native would’ve had to leave his wife’s apartment by the end of August following the divorce.

As Luci’s neighbors revealed, she converted to Islam after marrying Abdelouhab.

On Monday morning, Abdelouahab entered a police station in a Barcelona suburb brandishing a knife and attempted to attack the officers there, prompting them to shoot him dead.

Rafael Comes, a superintendent for the Catalan Mossos d'Esquadra force, announced that the authorities regard this incident as a terrorist attack.