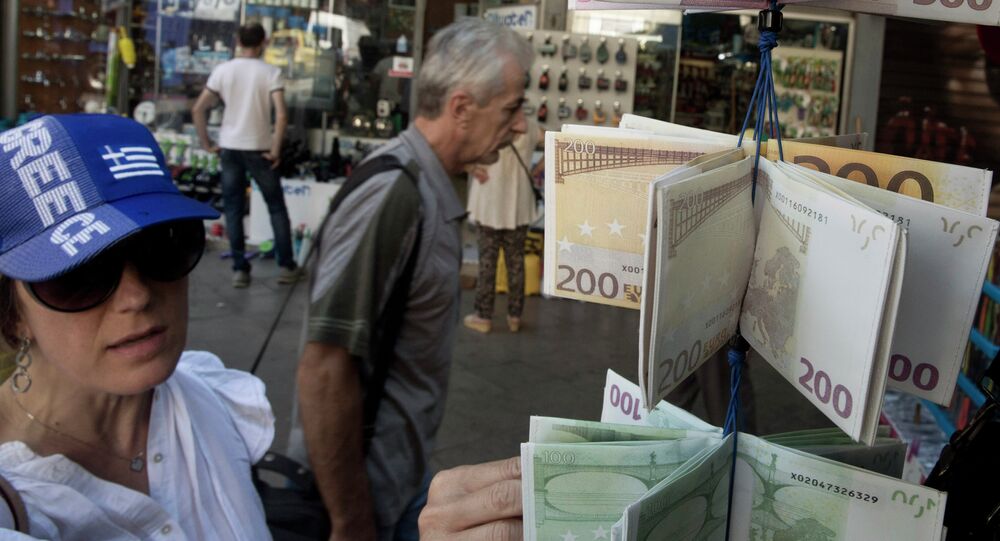 The European Stability Mechanism (ESM) rescue fund announced Monday that Athens had successfully concluded its final, three-year, bailout program, initiated in August 2015 as a means to help the country cope with a deep debt crisis.

The ESM allocated 61.9 billion euros over the three year period in support of macroeconomic adjustment and bank recapitalization, Reuters reported.

"Today we can safely conclude the ESM program with no more follow-up rescue programs as, for the first time since early 2010, Greece can stand on its own feet," Mario Centeno, chairman of the ESM board of governors, was quoted by Reuters.

© CC0 / Pixabay
Tsipras Vows to Lead Greece Out of Crisis
"This was possible thanks to the extraordinary effort of the Greek people, the good cooperation with the current Greek government and the support of European partners through loans and debt relief," Centeno said.

European Commissioner for Economic and Financial Affairs Pierre Moscovici said on Friday that the Greek economy would not have been able to withstand the 2009 debt crisis without the EU bailout package.

"Without European financial assistance, the Greek economy would have collapsed, perhaps not recovering for decades. The costs and consequences of this collapse on other countries and the European Union as a whole would have been far greater than the billions of euros lent. All EU economies would have been dragged, at least partly, into the Greek abyss. We come out of this experience collectively stronger," Moscovici declared in Brussels.

© Flickr / ohhenry415
Austerity No More: German Tourists to Help Greece Out of Debt Crisis
Greece has been burdened with a massive debt, loss of investment and deep unemployment since 2010, when the country was declared in risk of default on its state debt unless provided with international assistance.

In order to help Athens refinance its government debt and avoid default, the European Union provided a series of bailout packages to rescue the country, in exchange for stringent and unpopular austerity-based budget reforms.

Pierre Moscovici stressed on Friday, however, that the economic situation in Greece remains difficult.

"Greece has returned to growth and its once vast public deficit has been turned into a solid budget surplus. Clearly, the reality on the ground remains difficult. The time for austerity is over, but the end of the program is not the end of the road for reform," Moscovici told reporters in Brussels.

© AP Photo / Virginia Mayo
What Crisis? Juncker Claims He 'Saved' Greece as Austerity Continues to Bite
"The euro area must pursue its integration and think about the next crises, which will inevitably come. We must anticipate, rather than wait until we are at the edge of the abyss. The European Commission has made its proposals to this end: I hope that our Member States will have the wisdom to look to the future with confidence," Moscovici said Friday.

The eurozone debt crisis hit Europe in 2009 after Greece became unable to refinance its government debt without external help. The crisis escalated in 2011 as other states, including Portugal, Italy, Ireland and Spain, found themselves at risk of debt default. The EU  introduced austerity measures, forcing states with a deficit to make severe budget cuts and provided a bailout package to prop up the Greek economy.