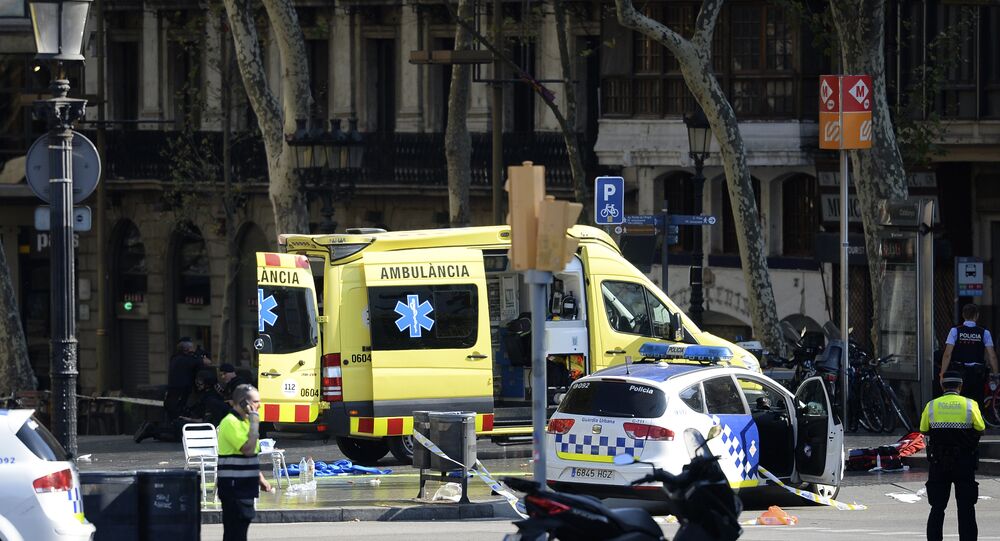 BARCELONA/MADRID (Sputnik) - Supporters of Catalan independence are holding protests against the central government on the day commemorating the victims of last year's terrorist attacks in two cities of the region, despite requests by the victims' families to the contrary.

Rioters gathered near the Columbus Monument in Barcelona, holding placards reading "Their business, our deaths," "The Catalan Republic has no king," and "You are not welcome here," referring to Spain's King Felipe VI.

Protesters tried to walk through Ramblas street, where one of the terrorist attacks occurred last year, but police would only allow them to do so after the official commemorative ceremony ended. Numerous social organizations have supported the riot.

At the invitation of Catalan President Quim Torra, Spain's leadership, including Prime Minister Pedro Sanchez, the king, members of parliament, are taking part in commemorative events in Catalonia on Friday and Saturday to mark the first anniversary of the two terror attacks.

#barcelonaciutatdepau #17a #photo #shots from my archive last year the day after the #terrorism #attack #barcelona #catalonia #spain #larambla pic.twitter.com/DwYjGoH9yt

A picture is worth a thousand words. Barcelona, Catalonia @CasaReal pic.twitter.com/UESdX7jy17

​​​On the eve of the anniversary, relatives of victims and a number of public organizations made an appeal to declare a "truce" on this day because they did not want political riots to happen.

On August 17-18, 2017, the cities of Barcelona and Cambrils in the Spanish autonomous community of Catalonia saw two van-ramming attacks, which killed dozens of people and left more than 100 injured. The Daesh* terrorist group claimed responsibility for the attacks.