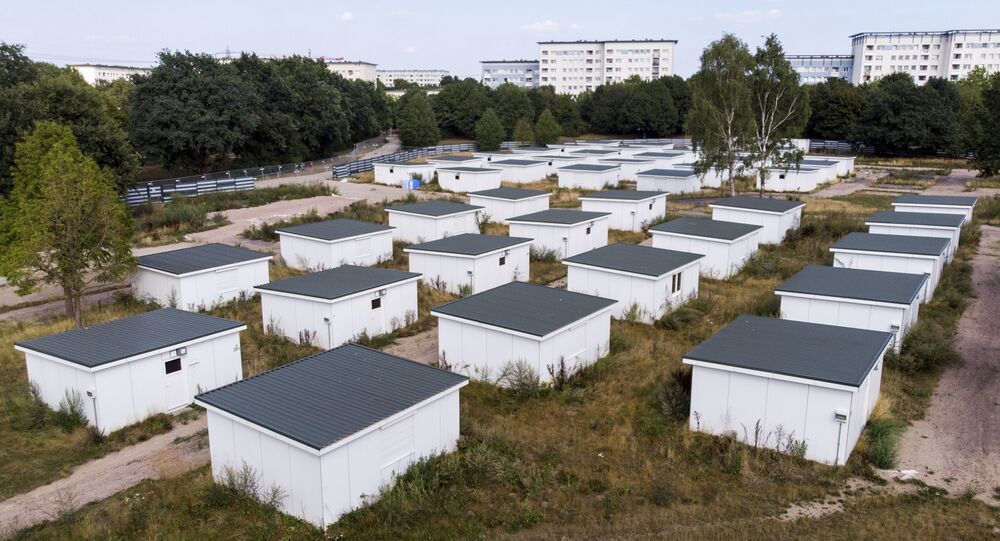 Hamburg Puts Spare Refugee Homes Up for Sale on eBay

As the number of migrants seeking asylum in Germany has been going down, a German city is looking for buyers of refugee shelters it no longer needs.

The city purchased the temporary wooden houses in 2015 at the height of the European migrant crisis, but with refugee arrivals having dropped from more than 10,000 a month three years ago to just about 400, they are no longer needed.

© REUTERS / Michaela Rehle
‘Political Scandal': German Women's Shelters Lack Resources Amid Ongoing Migration Crisis
The offer of 301-square-foot wooden houses that could be used as a guesthouse, workshop, sports and play house or yoga studio generated overwhelming interest from potential buyers and the ad was removed a mere 48 hours after it went up.

"There was interest from all over Germany," Daniel Posselt, spokesman for the Central Coordination Unit for Refugees, said.

The weather and winter-proof houses are well insulated and equipped with heating, hot water supply and electricity.

"This is not at all a shack," Posselt noted.

The list of potential buyers includes a church parish that wants to buy 20 houses to accommodate refugees.

A construction company is considering the purchase of 10 houses for workers.

The houses could also be used to accommodate people without a permanent abode.

While the minimum bid for a house is just $1,140, there is still a downside to the offer that otherwise seems like a real giveaway.

Buyers are required to have a building permit because the structures are pick-up only.

"That will put off many private individuals who want a nicer garden house," Posselt admitted.

EASO also said that an EU-wide downward trend, which continued in 2017, appears to have been maintained this year.