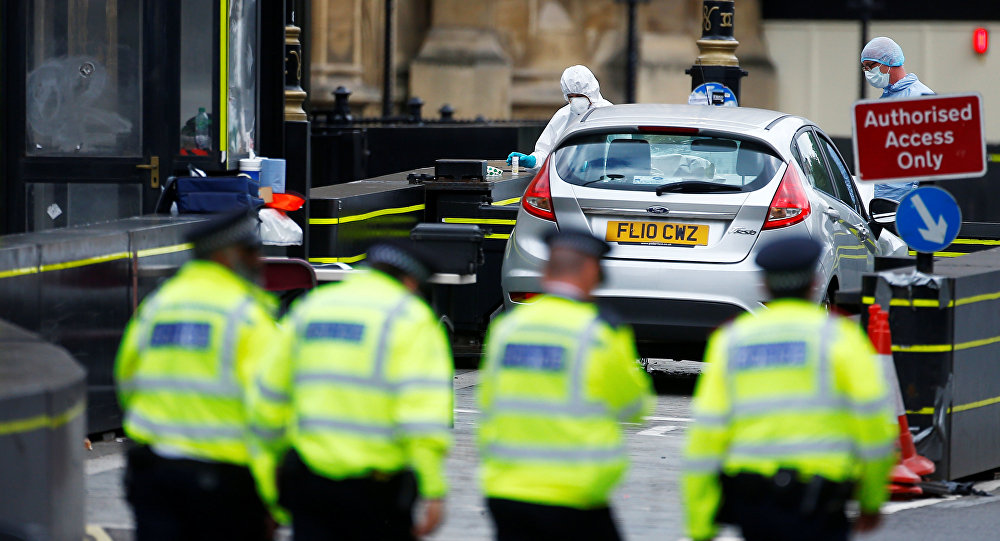 Investigators are continuing their efforts to determine whether or not an incident outside the Houses of Parliament earlier this week was terror-related or simply an accident. The suspect, who is of Sudanese origin, has remained in custody but has been described by authorities as being “uncooperative.”

Anwar Mukhta, a close friend of terror suspect Salih Khater, told ITV News on Thursday that the incident, which injured three people, is not terror-related, insisting that it must have been an accident.

The pair have known each other for eight years and Mukhta claimed the current narrative will soon be proven wrong, as the suspect clears his name.

He also described the suspect as “very generous,” “quiet” and “very smiley,” and backed up the story that Khater was in London to obtain a visa to visit his family in Sudan.

© REUTERS / Hannah McKay
UK PM Calls Second Terror Attack on Westminster 'Shocking'
Separately, the suspect’s brother said his entire family were in a “state of shock” over the allegations, describing him as a “normal person.”

Khater was arrested shortly after reportedly attempting to run over pedestrians and cyclists in Westminster, ultimately crashing a silver Ford Fiesta hatchback into a barrier surrounding the Houses of Parliament.

The Magistrates’ Court has already granted police a warrant to detain him for questioning until 20 August. Prior to the incident, he was not known to intelligence agencies, nor identified as being an extremist.