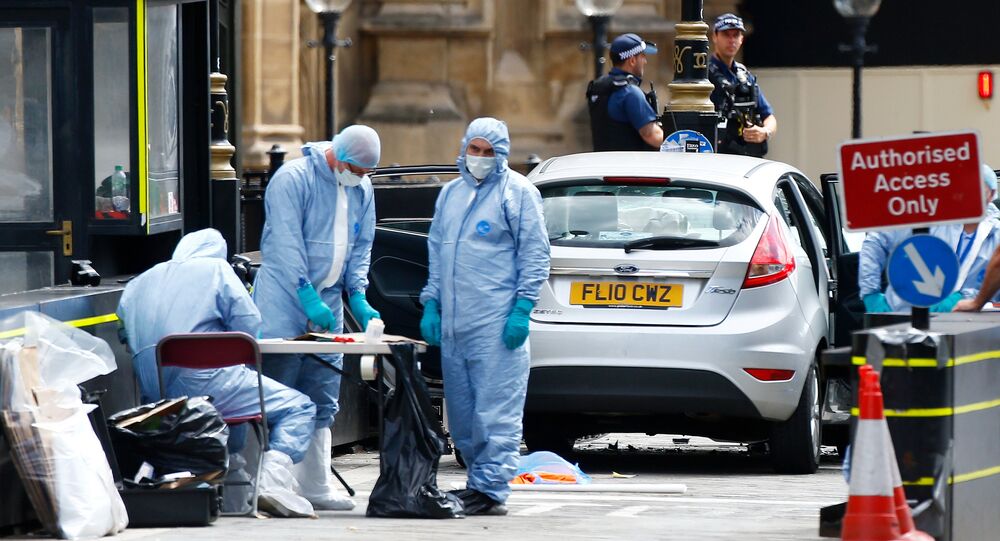 MOSCOW (Sputnik) – UK Transport Secretary Chris Grayling said on Wednesday that motor traffic might be banned from part of Parliament Square in central London in wake of the suspected terror attack in the area.

"There may well be a case for pedestrianization [of part of Parliament Square] … We've got to do that carefully, we shouldn't just take an on-the-hoof response to what was a very disturbing incident," Grayling told the Sky News broadcaster.

The issue of pedestrianizing Parliament Square has been discussed by UK politicians for years, with many claiming that such a move was necessary to cope with pollution and congestion in the area.

London’s former Mayor Ken Livingstone, who was in office between 2000 and 2008, had sought to pedestrianize Parliament Square by implementing a program worth 18 million pounds ($22.8 million). However, in 2008, then London Mayor Boris Johnson scrapped the initiative.

Pedestrianizing Parliament Square was one of the campaign promises of Sadiq Khan, the current mayor of the UK capital.

On Tuesday, a car crashed into the security barrier outside the Houses of Parliament after having collided with several cyclists and pedestrians. The driver was detained shortly after the incident, which investigators have classified as a terrorist attack. The incident is not the first attack to be carried out in the Westminster area. In March 2017, a man drove his car into pedestrians before crashing into the fence surrounding the Houses of Parliament.