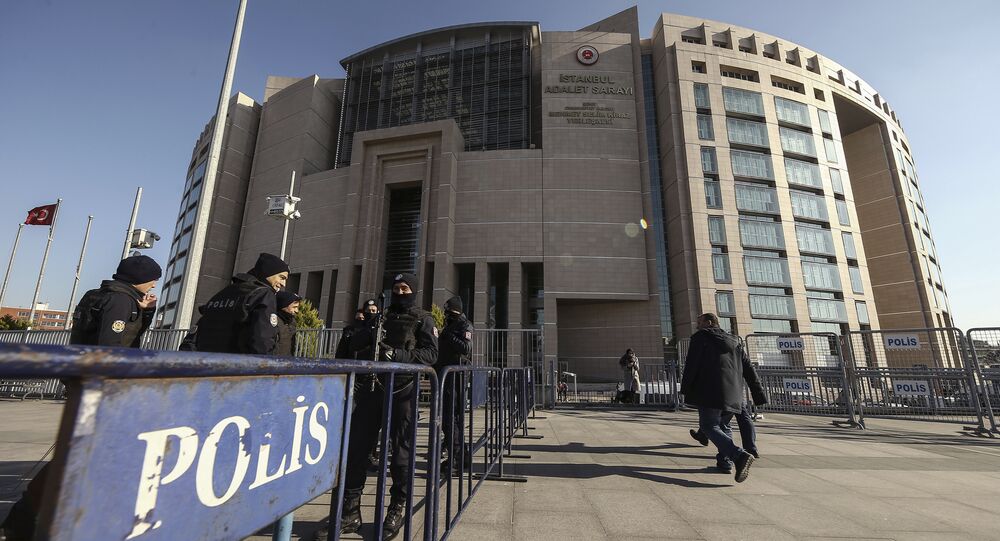 A lawyer for the evangelical pastor Andrew Brunson, detained by the Turkish authorities in 2016, stated that a higher court had yet to rule on the appeal to the case, which raised tensions between the countries.

An Izmir court meanwhile has rejected an appeal to release US pastor Brunson from house arrest and lift his travel ban, CNN reported on Wednesday, citing judicial sources. However, according to Brunson's lawyer, the upper court hasn’t handed out a verdict yet.

Brunson's case is one of the most important reasons for the recent row between Ankara and Washington. Last Friday US President Donald Trump authorized doubling of tariffs on steel and aluminum from Ankara, while Turkish President Recep Tayyip Erdogan announced retaliatory measures against Washington.

© REUTERS / Demiroren News Agency, DHA
Bolton, Turkish Envoy Discuss US Pastor Detention - White House
Earlier this month the US also imposed sanctions on members of the Turkish government due to the issue.

The US pastor, who worked in Turkey for many years, was arrested two years ago for his alleged ties to the movement founded by Islamic cleric Fethullah Gulen, whom Ankara has accused of planning the 2016 failed military coup. The pastor was released from a Turkish prison in July and placed under house arrest.