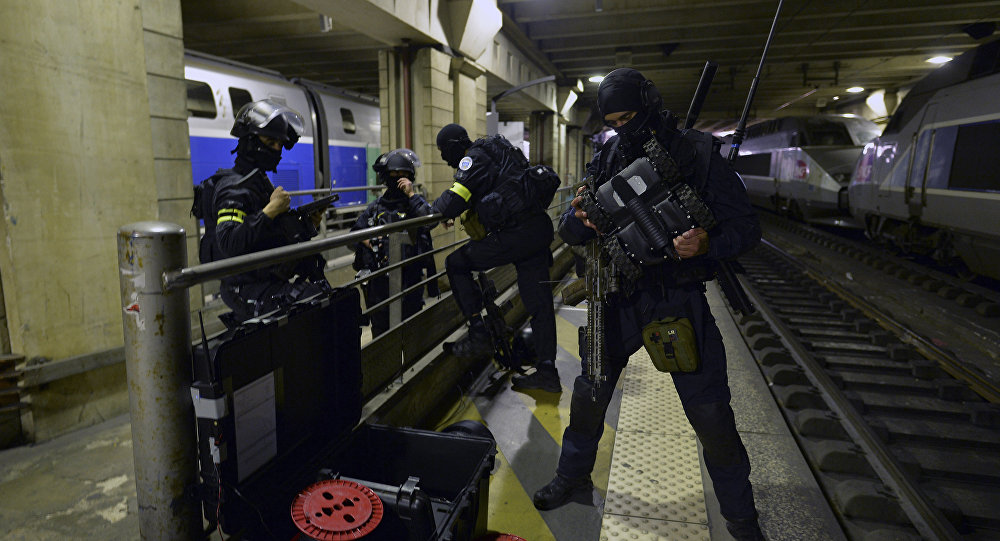 BRUSSELS, August 9 (Sputnik) - Daesh* terrorist group was plotting new terrorist acts across Europe, following the 2015 Paris attacks and 2016 Brussels bombings, the RTL broadcaster reported on Thursday, citing the results of the investigation jointly carried out by a number of European countries.

According to the RTL, the investigation by European intelligence services revealed that the Daesh group had been planning attacks on the territory from Portugal to the Western Balkans.

The investigation reportedly suspects three other Belgian citizens of planning terrorist attacks in Paris and Brussels. One of them, Shakir Sh., 30, a Brussels resident, was interrogated by police but released. The second suspect, 39-year-old Mohamed Salakheddin L., a resident of Molenbeek community, is wanted.

The third suspect, Sami Jidu, 29, was killed while fighting alongside militants in Syria, according to the broadcaster.

© REUTERS / Eric Vidal
Belgium Receives 60 Reports on Potential Terrorists Daily - Media
On November 13, 2015, Paris and its northern suburb Saint-Denis were hit by a series of coordinated bomb and gun terrorist attacks, which claimed lives of 130 people. Belgium's Molenbeek community was confirmed to be home of Salah Abdeslam, one of the key suspects in the tragedy.

On March 22, 2016, two explosions hit the Brussels airport, with a third detonating inside a train carriage at the Maalbeek metro station half an hour later. A total of 32 people were killed, and over 300 more were injured. Daesh claimed responsibility for the attacks.

*Daesh (also known as ISIS/ISIL/Islamic State) is a terrorist organization banned in Russia.