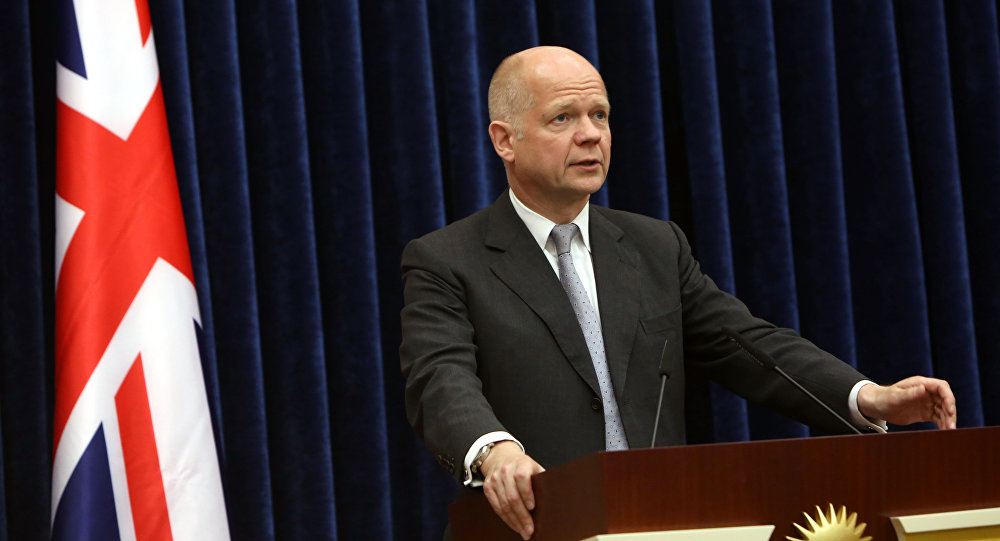 In recent days, countless British politicians have urged Brussels to work with the UK to prevent a hard Brexit, with pressure to secure a deal mounting as Britain is set to formally withdraw from the trading bloc in just eight months.

Former UK Foreign Secretary William Hague has called on French President Emmanuel Macron to not stand in the way of a Brexit deal, insisting that a hard Brexit is not in France’s economic interests.

In an opinion piece published in The Daily Telegraph on Monday, Lord Hague wrote, "In the world of a rising China and a less reliable America, Britain and France will need each other more,” highlighting the growing importance of European nations maintaining good relations in the current global political landscape.

He went on to say that although Brexit is a “big complication” the EU needs to overcome any animosity towards the UK in the interest of its own survival.

"Brexit is a big complication, but if the EU is incapable of forging a special relationship with its closest, largest democratic neighbor, even when it is offered one, its chances of surviving the 21st century will be diminished."

Economists have warned that the UK would be detrimentally affected by a no-deal Brexit, with high levels of inflation and disruption to supply chains likely.

© AFP 2019 / RUSSELL CHEYNE / POOL
Sturgeon Warns of 'Real Danger' of 'Damaging' No Deal Brexit Ahead of Summit With May
Meanwhile, although EU member states will also suffer from the trade barriers that would come into effect as a result of a hard Brexit, they also stand to gain, with banks and other financial institutions set to relocate branches and staff from London to other financial hubs in Europe.

Lord Hague noted that France’s financial sector is likely to benefit from a hard Brexit, at the expense of Britain’s, but insisted the French economy would be adversely affected in other ways.

Furthermore, Hague warned that hundreds of thousands of French citizens living in the UK could face disruption as a result of a no-deal Brexit and the associated hard border that would subsequently be enforced.