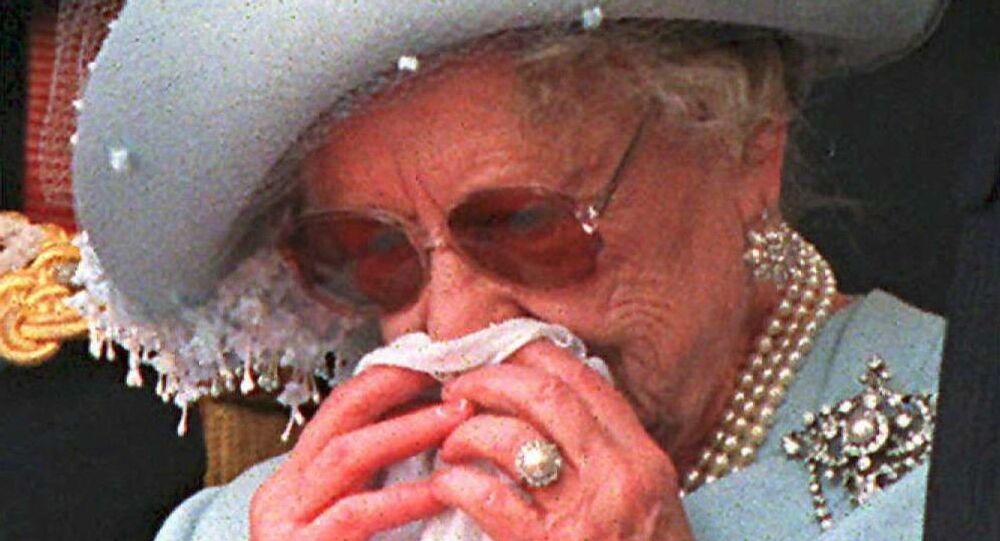 The British monarch, Queen Elizabeth II, found herself in a rather sticky situation as she arrived to Scotland for summer vacation to take time off her royal duties.

During her visit to the Royal Regiment of Scotland the Queen was inspecting the Balaclava Company, when she noticed the regiment's pony — Cruachan IV — relieve himself. The monarch had to hold her nose to avoid the bad smell, while the Shetland pony appeared unmoved by the whole incident.

The Queen is officially welcomed to Balmoral Castle with a Royal Guard provided by the Balaklava Company, The Argyll and Sutherland Highlanders (@The_Scots) & their Mascot @CplCruachan_IV. pic.twitter.com/XUyJ3R5qqo

Commentators online reacted to the incident with a hint of irony.

And able to shit on command as well, what a horse your British have managed to produce.

well fed pony to be sure

"You salute her, whilst I take a dump"

This is not the first encounter between Cruachan and the Queen. In 2017, when the Queen attended Stirling Castle chapel for mass during her series of engagements in Scotland, the pony tried to eat her flowers.

The Royal Regiment of Scotland provides security of the royal family during their stay in the country for the official summer break. The Queen is to be joined by royal family members Prince Harry and his new wife Meghan Markle, marking their first visit to the Craigowan Lodge estate as a married couple.

During the visit of visit Prince Harry and his then wife-to-be Meghan Markle at the Edinburgh Castle in February 2018, the naughty pony Cruachan nipped Prince Harry's hand.

Prince Harry and Ms. Markle are greeted on arrival at Edinburgh Castle by the Band of the Royal Marines and the mascot of The Royal Regiment of Scotland, Shetland pony Cruachan🐴 pic.twitter.com/3nzR9W6ZP5