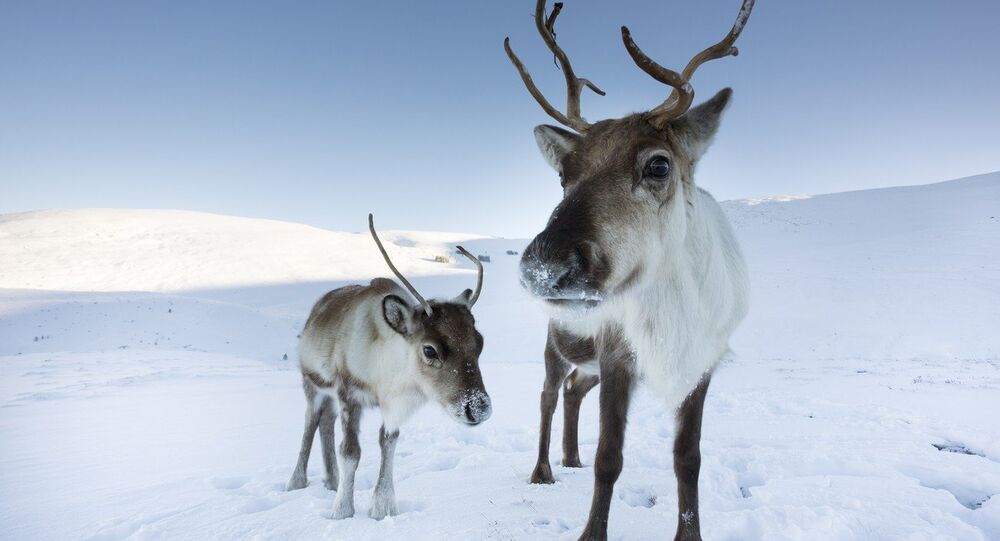 The summer heat has forced reindeer in Lapland, where Kris Kringle is believed by many European cultures to live, out of the woods. While tourists are having fun petting the animals, their presence doesn’t fly with locals and shop owners, who are less than merry about having to clean up after their reindeer games.

A herder village in northern Finland’s Lapland region, Vuotso, has been invaded by a pack of reindeer seeking to escape mosquitos, flies and botflies there. The seasonal guests have proven to be more naughty than nice, and occasionally break into locals’ shop and houses, according to the outlet yle.fi.

A shop owner has told the media that such guests have some perks, as they attract tourists who stop to pet the animals and take photos, which delivered the store some social media buzz. However, the inconveniences outweigh the growing popularity and Internet hype around the shop.

“First in the morning, I have to clean the parking lot at the shop of their poop. During the day I have to run out of the shop to chase the most impertinent ones away, as they try to get directly into the building. It’s so hot now that we constantly have to air out the shop, opening doors, and the reindeer try to take advantage of the situation and get inside, closer to the food. I haven’t mentioned the fact that they are quite smelly, especially in this swelter,” she complained to the media.

Another villager, who helps the shop owner to chase the animals away from time to time, has told the outlet that although reindeer are cute, they reek unbearably. He himself has had to build a high fence around his house.