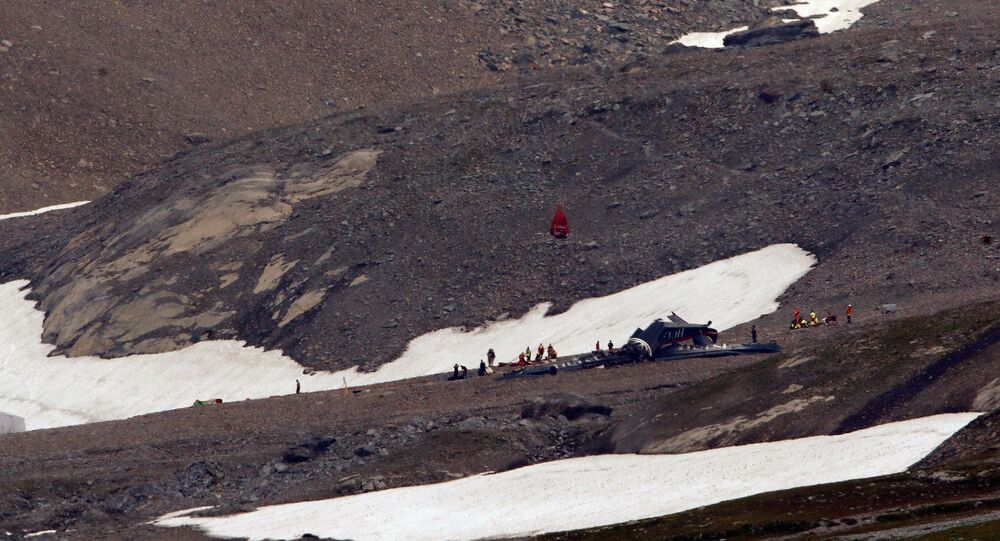 MOSCOW (Sputnik) - A vintage airplane of the JU-AIR local historical plane association crashed on Saturday while on a sightseeing tour.

All three crew members and 17 passengers on board the aircraft died. According to media reports, the passengers were Swiss citizens and a couple and their son from Austria.

"Tragic news from Switzerland. My condolences go to the family and friends of the victims of the airplane crash in the Alps," Austrian Foreign Minister Karin Kneissl wrote on Twitter.

The police of the Swiss canton of Graubuenden, where the aircraft had crashed, said on Sunday that Swiss State Prosecutor's Office, federal transport authority, and local police and prosecutors would probe the accident.

Daniel Knecht, a representative of the Swiss Transportation Safety Investigation Board (STSB), said that the plane seemed to crash into the ground almost vertically at a high speed.

The investigation into the accident is complicated by the fact that the plane was not equipped with flight-recording gear that modern aircraft have, according to Knecht.