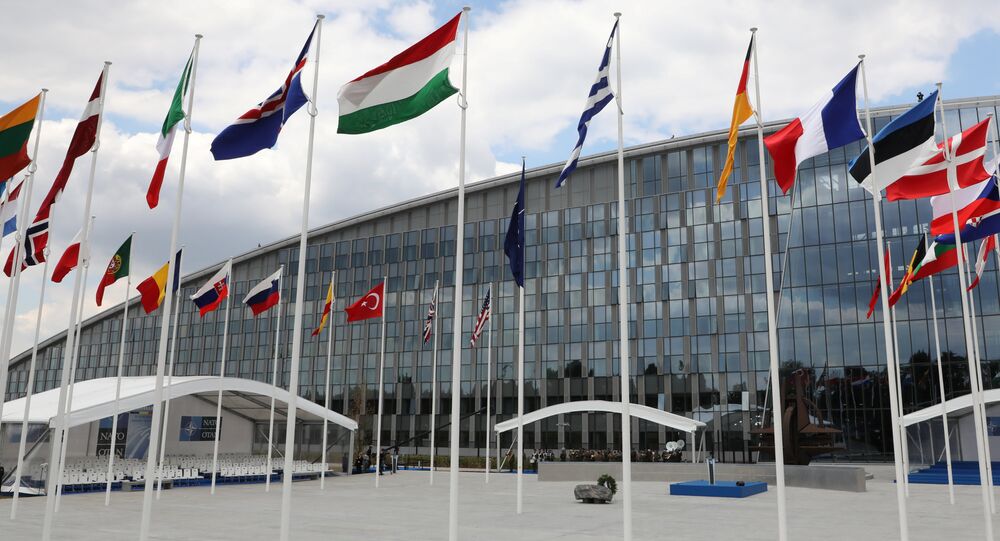 MOSCOW (Sputnik) - The discipline of NATO does not let the alliance’s members to strongly pressure London to release proof on Salisbury incident which would back its accusations against Moscow, Russian Ambassador the United Kingdom Alexander Yakovenko said.

“We met specifically with representatives of most countries here in London and all of them told us that the Brits did not provide any evidence to their allies to defend their theses. In Germany, I think, the issue of where the evidence is was raised really hard. But, unfortunately, the block discipline within NATO does not allow colleagues to strongly pressure the United Kingdom,” Yakovenko told the Rossiya 24 broadcaster late on Saturday.

Alexander Yakovenko also said on Saturday that only few countries outside the so-called Western bloc believe in the United Kingdom's interpretation of events in Salisbury in March.

© AP Photo / Matt Dunham
Police to Test Ambulances Used to Treat Alleged Amesbury Novichok Victims
"Every fortnight I gather ambassadors of all countries and brief them on the case. And I must say that, of course, outside the so-called Western bloc, which is comprised of 35 countries, few believe in the UK version," Yakovenko said in an interview with the Rossiya 24 broadcaster.

On March 4, Sergei Skripal and his daughter Yulia were found unconscious on a bench at a shopping center in Salisbury. The United Kingdom and its allies have accused Moscow of having orchestrated the attack with what UK experts claim was the A234 nerve agent, albeit without presenting any proof.

Russian authorities have strongly refuted the allegations as groundless. Both Skripals have been discharged from the hospital where they were being treated.