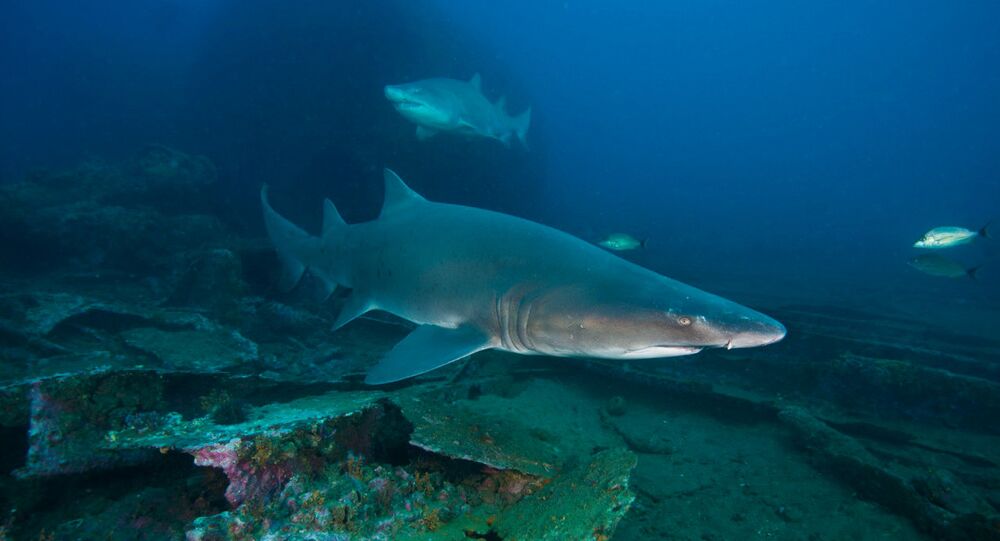 It’s been five years since the residents of the French island of Reunion were banned from the ocean due to shark attacks, the number of which has increased 23 times over recent years. R

Researcher Jean-François Nativel believes that the French state is to blame because it had decided to create a huge marine reserve in close proximity to tourist beaches and surf spots.

On July 26, Reunion Islanders celebrated the fifth anniversary of the "provisional" ban on access to the ocean or 1,826 days of not being able to go for a swim. The island's residents have denounced the "absurd" situation and pointed to the state's responsibility.

"The fact that we're deprived of the sea is like we're in prison" — Annick Girardin, Minister of Overseas Territories, said during her visit to Reunion. A lot of islanders share this view: on July 26, a number of associations issued a joint statement denouncing the five years of the "temporary" ban on access to the ocean.

A number of inhabitants share the same view. Several groups have denounced the five years of a "temporary" ban on access to the ocean:

"This aggravates the absurdity of the situation on a French territory, an island, that lacks access to the ocean," they stated. Reunion is the region with the greatest number of shark attacks. A study by the University of La Réunion says that "the annual rate of shark bites in Reunion is among the highest in the world." The probability of being attacked by a shark "increased 23 times between 2005-2016" and surfing along the coastline "dropped tenfold between 2011 and 2016."

© Photo : YouTube/POPY VIRAL
Dead Shark Operation: Fisherman Delivers 98 Baby Sharks
According to Jean-François Nativel, President of the Océan Prévention Réunion (OPR), there's a kind of an "ethnic shift": "the sharks are used as a pretext to criticize the ‘new settlers' that are now accused of wanting to ‘colonize the ocean' after they have captured the land."

What has prompted the tiger and the bull sharks to attack people? There are many reasons and they, like the solutions to the issue, are controversial.  Some think the draining of sewage is attracting sharks; others point to global warming. Some people, including Mr. Nativel, blame the "Réserve Naturelle" for that. This area, which extends 40 km from the coast, was created in 2007 to protect biodiversity…and give the sharks a brilliant hunting ground:

"Man is no longer seen as a predator" — Jean François Nativel, author of the book "Requins à la Réunion, une tragédie moderne" ("Sharks in Reunion — a modern tragedy"), who describes himself as "the whistleblower about this crisis."

"The Marine Reserve was created without considering the presence of these sharks, which was known," he laments. "The resort zone has seen shark attacks since 2011."

He denounces the "well-intended statements of the mother country", who is trying to "dictate a modern approach" based on coexistence: "We're either prey, or we are a predator. As in the case with the wolf or the bear, they try to invent a new scheme: the hen and the fox, the child and the 300kg shark," he says.

In 2012, the CRA (Shark Risk Resource and Support Center) recorded 18 attacks, seven of which were fatal. A year later, a prefectural decree prohibited swimming and other activities in a 300-meter area of the coastline (…), except of the lagoon and some specially arranged and controlled areas that are specified in the decree."

A "temporary" ban which has been renewed eight times hinders the development of tourism on the island and doesn't solve the problem. According to the associations, "this ban is illegal as it takes on a definitive character and violates the principles of freedom and equality so dear to France."

"Yes, the state is responsible for that. In 2007 the government approved the construction of a reserve in the heart of the seaside area, developed in the 1980s" — the associations say.

"No, the crisis was not inevitable! It's just the cruel expression of a deep contempt of France for its overseas territories," they add, calling for "a simple solution," "return to traditional fishing, like our neighbors in Mauritius or the Seychelles."

The International Union for the Conservation of Nature (IUCN) classifies bull and tiger sharks as NT (near threatened). The sale of their meat is prohibited as it's suspected of being contaminated with dangerous toxins, and fishing has gradually stopped.  However, "Women in pink," a group that includes mothers who have lost children in a shark attack, is campaigning to allow the sale of their meat again.

© AP Photo / Pat Sullivan
Alien Vs. Predator: American Alligators Found Snacking on Sharks
The issue of hunting these sharks is controversial and the decision of Younous Omarjee, a MEP from La France Insoumise of Reunionese origin, to support Lamya Essemlali, President of Sea Shepherd France, provoked a wave of indignation on the Internet, as the NGO is opposed to fishing.

Surfers and swimmers have been the most affected by the ban. However, sharks don't always attack in the areas where swimming and surfing are prohibited. A confidential report published back in 2012 challenged the findings of the Institut de recherche pour le développement (IRD) about the presence of a dangerous shark allegedly behind a deadly attack, which the report claims could have been avoided.

Get Lucky: Diver Evades Sure Death in Broken Cage From Giant Sharks