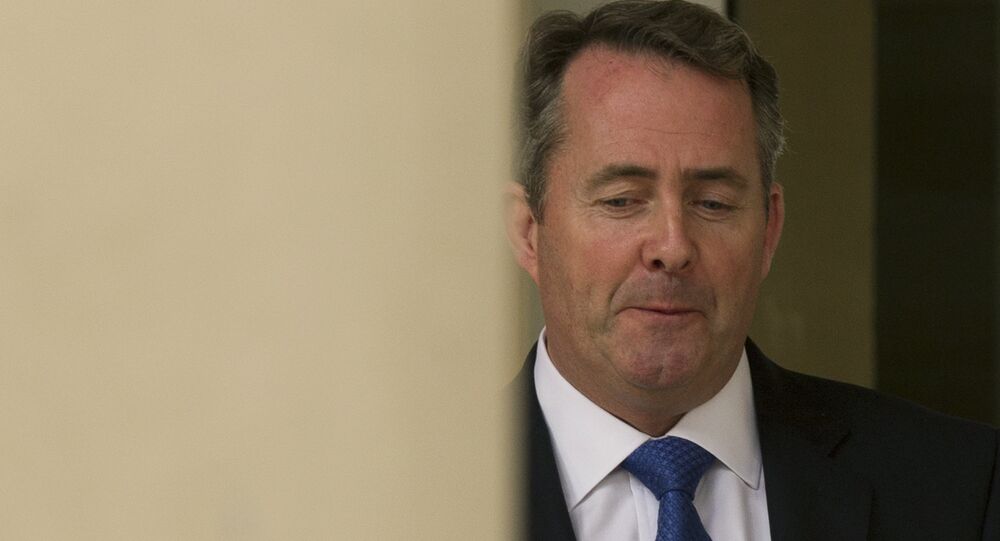 UK Trade Minister Liam Fox said that "intransigence" from the European Commission was pushing Britain towards a no-deal Brexit, The Sunday Times reported.

"I think the intransigence of the commission is pushing us towards no deal," Fox said in an interview published on Saturday by the Sunday Times.

"We have set out the basis in which a deal can happen but if the EU decides that the theological obsession of the unelected is to take priority over the economic wellbeing of the people of Europe then it's a bureaucrats' Brexit — not a people's Brexit — (and) then there is only going to be one outcome," Fox said in an interview.

On Thursday, European Commission's Chief Brexit Negotiator Michel Barnier said, however, he was certain that the talks on the withdrawal of the United Kingdom from the European Union could reach a good outcome.

© REUTERS / Neil Hall
Bank of England Chief Warns of 'Uncomfortably High' Risk of No-Deal Brexit
"I remain confident that the negotiations can reach a good outcome. It is possible to respect EU principles and create a new and ambitious partnership," Barnier wrote in an op-ed published on the European Commission’s website.

As the deadline for the Brexit agreement is approaching, the parties are still at a deadlock on the major withdrawal issue – post-Brexit customs arrangements. According to the so-called Chequers plan, adopted by the UK cabinet in July, the two parties could create a free trade area for goods and maintain a "common rulebook" for all goods. Brussels, however, rejected the proposal.

The issue of the Irish border is among the most contentious matters in the EU-UK talks, as possible UK pullout from the EU Customs Union might require the introduction of a hard border between the United Kingdom and Ireland.