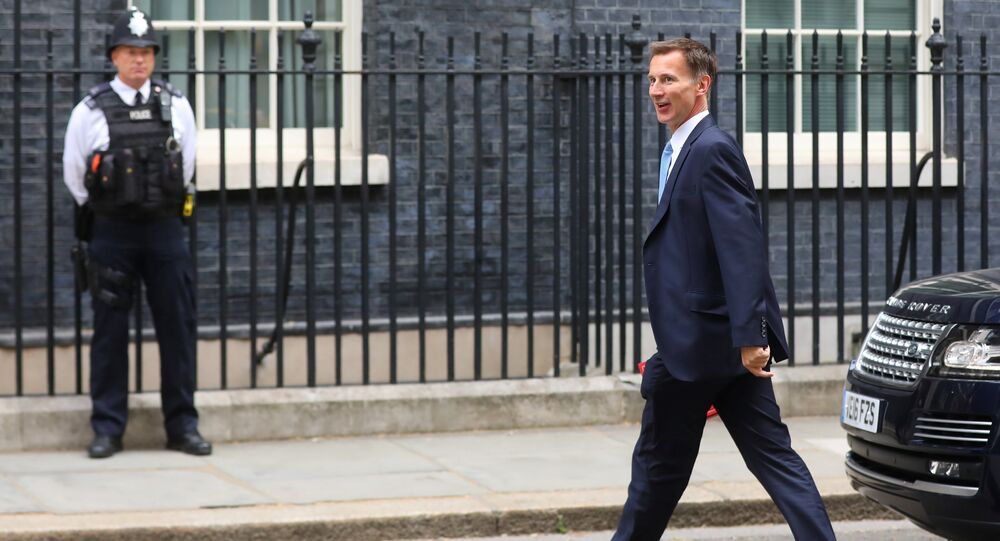 Russian Ambassador in London Alexander Yakovenko said on Saturday that he hoped that the meeting with the United Kingdom's new foreign secretary would take place soon.

"I have received a letter from the foreign office, [saying] that he [the UK foreign secretary] would like to meet. I think that such a meeting will be arranged soon," Yakovenko said in an interview with the Rossiya 24 TV channel. According to the diplomat, the date of the meeting has not been set yet and should be determined by the UK side.

Yakovenko added that it would be a timely meeting as it was necessary to discuss bilateral relations between Moscow and London. Jeremy Hunt has been appointed the UK's new foreign secretary after Boris Johnson's resignation in July.

© Sputnik / Alex McNaughton
Almost All 'Salisbury Case' Evidence Being Destroyed, Will Be Impossible to Check Data Later - Russian Envoy to UK
Alexander Yakovenko also said on Saturday that the level of interest of UK nationals in Russia has not changed and remains high despite a deterioration of relations between the two countries.

"I believe that the interest remains at the very high level because UK nationals are trying to develop economic ties," Yakovenko said in an interview with the Rossiya 24 TV channel.

However, the expulsion of Russian diplomats from the United Kingdom has negatively affected the work of the Russian embassy, Alexander Yakovenko noted.

"Of course, it had a negative effect… Unfortunately, we will not be able to fully implement our consular functions due to staff shortage," Yakovenko said in an interview with the Rossiya 24 broadcaster.

The diplomat added that the average term of issuing UK visas for Russian diplomats was a year or a year and a half, stressing that this is "not normal."

"The diplomats cannot receive a UK visa, the average waiting period is a year or a year and a half. This is absolutely abnormal, there is no such situation with any other world country," he noted.

Alexander Yakovenko added that only few countries outside the so-called Western bloc believe in the United Kingdom's interpretation of events in Salisbury.

"Every fortnight I gather ambassadors of all countries and brief them on the case. And I must say that, of course, outside the so-called Western bloc, which is comprised of 35 countries, few believe in the UK version," Yakovenko said in an interview with the Rossiya 24 broadcaster.