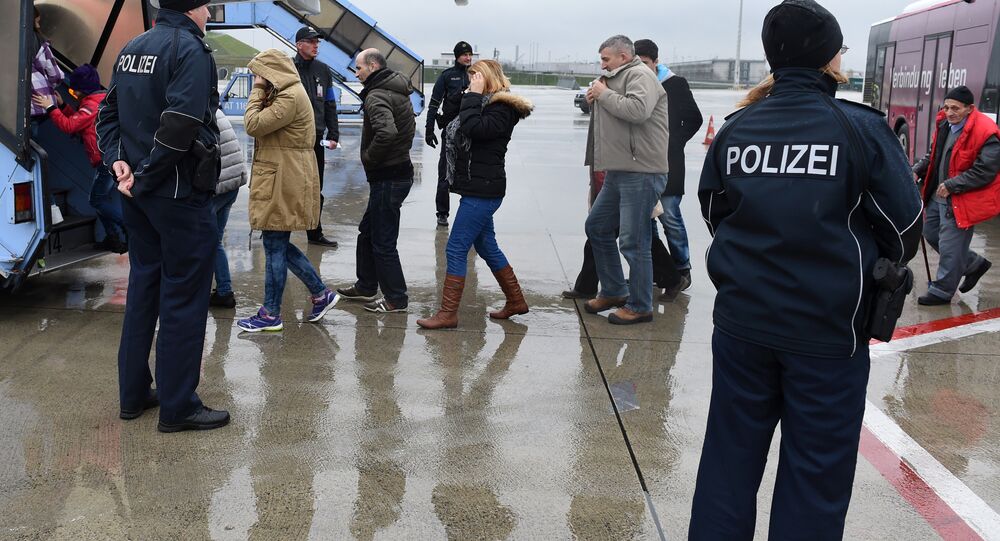 The authorities of the German southern federal state of Bavaria are planning to transform a Munich Airport’s hangar into a migrant transit center, local media reported Friday.

According to Der Spiegel, the authorities may use the hangar of the bankrupt Air Berlin airline. They are planning to place there migrants who have applied for asylum in another EU country and who must return there.

The magazine noted that, under the German Basic Law, refugees cannot stay in such centers for more than 48 hours.

Police sources told the magazine that two days might not be enough, as more time is required to identify a migrant, to book a flight, to transfer him to an airport, as well as to verify whether he was denied of asylum in a EU country.

On Wednesday, the country's first migrant transit center opened its doors in Bavaria.

German Chancellor Angela Merkel's decision to open the country's borders to refugees faced criticism from a number of political parties and movements that oppose migration. Recent polls showed that most German citizens believed that the country’s migration policy was too careless.