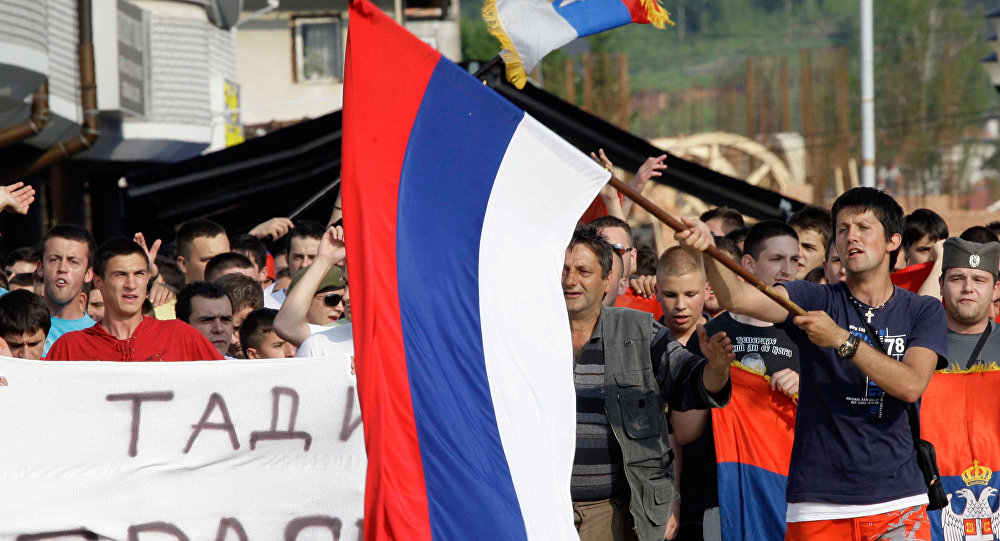 BELGRADE (Sputnik) - Republika Srpska, one of three legal entities making up Bosnia and Herzegovina (BiH), will apply for membership in the United Nations, if the organization admits the self-proclaimed republic of Kosovo as its member, Milorad Dodik, the president of Republika Srpska, said on Friday.

"The National Assembly of Republika Srpska adopted a resolution stipulating that if new international principle and practices of the recognition of the right to self-determination are adopted, we will insist on the recognition of our state status," Dodik was quoted as saying by the RTRS broadcaster.

In mid-July, five Serbs were arrested in Kosovo on suspicion of threatening order in the self-proclaimed republic. The Serbian leadership, in response, threatened to put the negotiations with Kosovo on hold for a long time in the event the Serbian nationals remain detained.

© Wikipedia / Rade Nagraisalovic (Tonka)
Small but Mighty: Republika Srpska Rises Against 'NATO's Tentacles'
The admission of Kosovo, which unilaterally proclaimed independence from Serbia, to the United Nations is not on the agenda of the organization, however, the recent increase in tensions between Belgrade and Pristina, triggered by the arrest of several Serbs in Kosovo, encouraged Dodik to express his opinion on behalf of BiH Serbs.

After seceding from Yugoslavia in 1992, Bosnia and Herzegovina were in a state of war, with Bosnian Muslims, Serbs and Croatians fighting each other until the Dayton Agreement was signed in 1995. The agreement formed two autonomous entities — the Federation of Bosnia and Herzegovina and the Serbian-majority Republika Srpska — and the self-governing Brcko district.