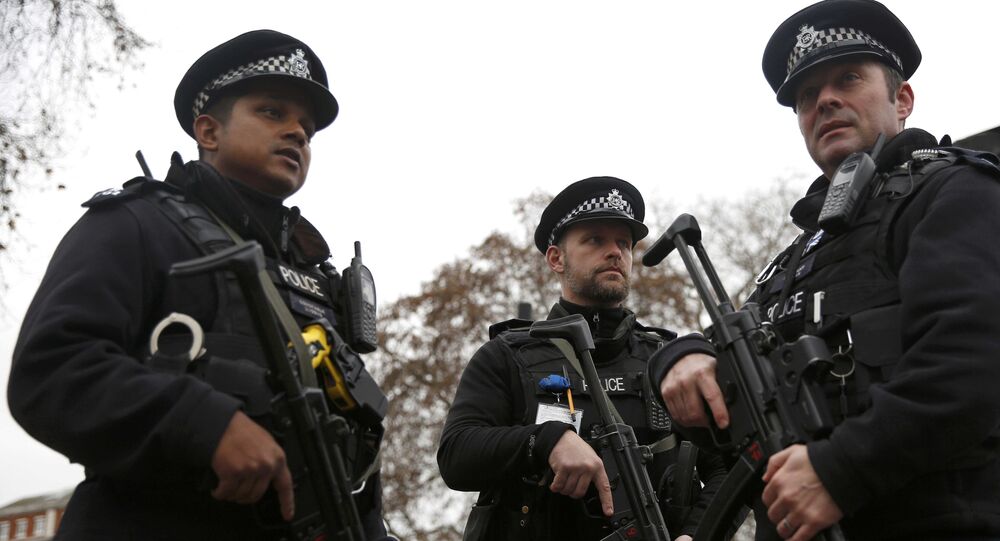 The operation, led by counter-terrorism units of the Metropolitan Police Service (MPS), took place on Thursday evening in northwest London.

Armed police officers have successfully arrested a 20-year-old man suspected of planning a series of terrorist attacks in the UK, and are continuing to question him.

The suspect, who hasn’t been named, was taken into custody at 6:30 PM local time on August 2 under section 5 of the Terrorism Act 2006 and is currently being detained at a police station in south London.

READ MORE: Terrorists Could Be Freed Due to 'Catastrophic' Brexit Deal – Committee

“Detectives from the Met Police Counter Terrorism Command, assisted by the Met Police Firearms Command carried out a pre-planned operation which resulted in a 20-year-old man from north west London being arrested on suspicion of preparation of terrorist acts, contrary to section 5 of the Terrorism Act 2006,” the Met said in a statement.

The statement added that no injuries were sustained during the raid.

The UK has been hit by numerous terror attacks over the past few years, with several young Muslims being radicalized online by Daesh*-linked extremists.

© Sputnik / Evgenia Filimianova
Police Arrest 18-Year-Old Suspect in Connection With London Terror Attack
Just over a year ago, three assailants killed eight civilians in central London, in addition to injuring almost 50 bystanders in their Daesh-inspired attack. Another attack, this time a suicide bombing at a concert in the city of Manchester, left dozens dead and injured.

Earlier this week, UK Home Secretary Sajid Javid said he wasn’t opposed to two Daesh-affiliated Brits receiving the death penalty if they were extradited to the US, suggesting the British government is looking to pursue the harshest sentences possible for convicted terrorists.