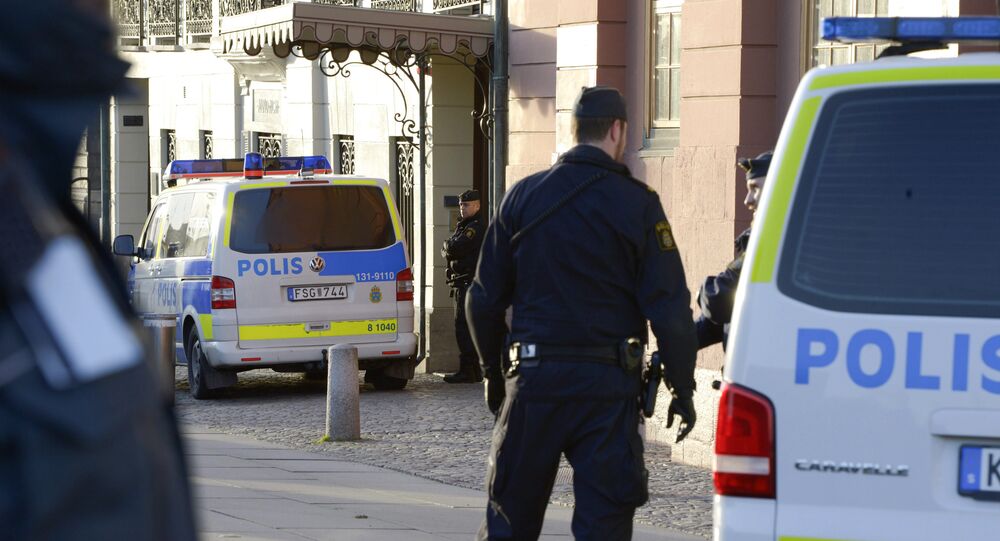 Police in the Swedish capital Stockholm opened fire at 20-year-old Eric Torell, diagnosed with Down's syndrome, in response to what they misinterpreted as a "threatening situation."

Three police officers arrived at Stockholm's Vasastan district in the early hours of Thursday to respond to reports of a man in possession of a gun.

Eric Torell was shot after he failed to comply with the police officers' orders to drop what they believed to be a dangerous weapon and behaved "threateningly" when being approached.

The 20-year-old, diagnosed with Down's Syndrome and a form of autism, was rushed to hospital where he was confirmed dead from gunshots shortly after. The prosecutor's office has opened a probe into possible police misconduct.

So. Meanwhile in Sweden:

Eric's mother Katarina Soederberg underlined that her severely disabled son, who struggled with his speech and could only say the word "mum", was "the world's kindest man."

"It's impossible to understand. He wouldn't hurt a fly," Soederberg said, admitting, at the same time, that the plastic toy he was carrying at the time of the shooting "looked a little like a submachine gun."

She added that Eric had more than once run away from home before the fatal shooting, but that he had always been returned in the end.