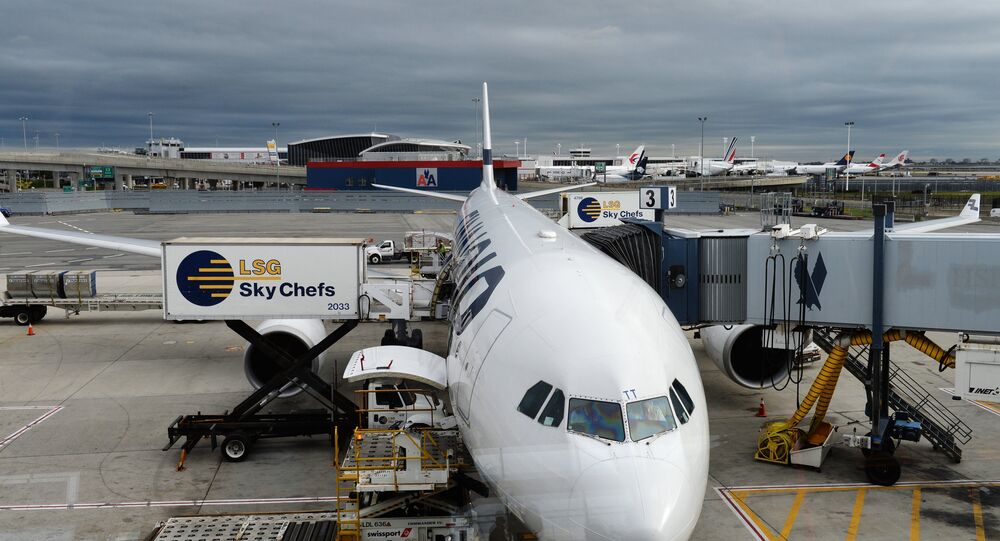 Aino Pennanen's one-person protest apparently failed to repeat the success of a female student, who blocked the deportation of an asylum seeker from Sweden to Afghanistan in a similar incident last week.

Aino Pennanen, the legislative secretary of the Green League, one of Finland's largest political parties, has been arrested after she protested against the deportation of an asylum seeker on a Finnair flight at Helsinki Airport on Tuesday.

In a Facebook video, Pennanen is seen arguing with the staff and refusing to sit down.

"The deported person was [sitting] in the back row, the police held him sightly and if he tried to move, his head shoved under the seat," Pennanen said on Facebook. "A number of passengers asked what was going and one asked me to stop [what I was doing] because the passenger had a connecting flight to catch."

Police officers escorted the activist out of the aircraft and took her away in a police van. The departure was delayed for 10 minutes.

According to Finnish national broadcaster Yli, Pennanen is facing misdemeanor charges but no criminal accusations.

Her actions raised the eyebrows of some Finnish lawmakers. "The Greens' legislative secretary apparently doesn't think she has to follow the law," Timo Heinonen a Finnish MP from the National Coalition Party, said, as quoted by Helsinki Times.

"It is unsustainable for a country based on the rule of law if certain groups elevate themselves above the law and consider it their right to choose which laws, official decisions and court rulings they respect. It is particularly dangerous if people in a position of power are guilty of inciting such arbitrariness," said Jussi Halla-aho, who chairs the Finns Party.

This comes more than a week after a similar incident at Gothenburg airport, Sweden, when student Elin Ersson refused to be seated on a Turkey-bound flight, halting the deportation of an Afghan asylum seeker from the country. She was branded a "hero" by some local media; it emerged later, although, that the Afghan migrant had in fact been sentenced for assault and was being deported after his asylum bid had been rejected.