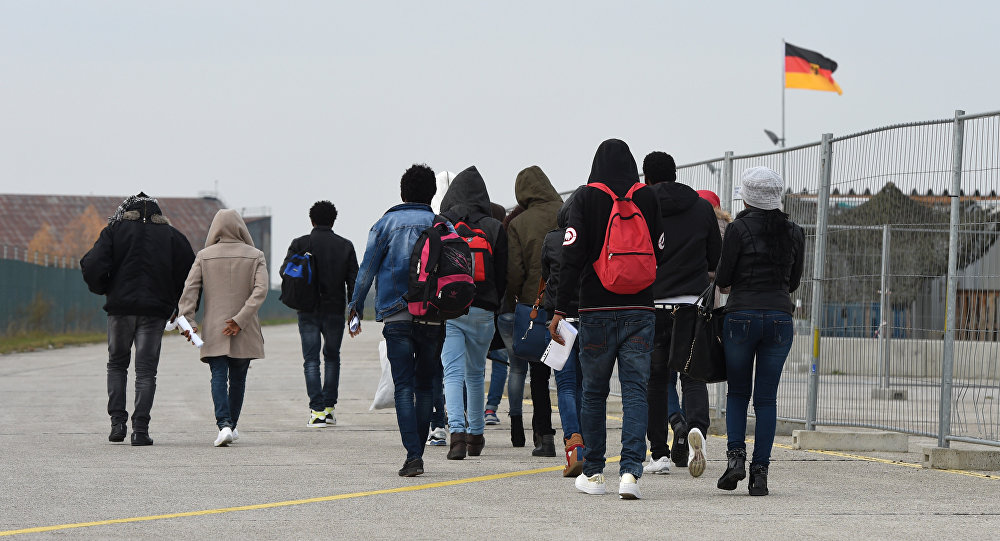 Support for Chancellor Angela Merkel's conservative bloc - Christian Democratic Union (CDU) and its Bavarian allies, the Christian Social Union (CSU) has slumped to a record low - at 29 percent, after a recent political row over country's migration policy, a survey made by the pollster Infratest Dimap revealed Thursday.

In turn, the poll showed that the support for the Alternative for Germany (AfD) party gained a record high of 17 percent.

In last September's federal election, the CDU/CSU alliance won 32.9 percent of the vote and the AfD surged into the national parliament for the first time with 12.6 percent, making it the third largest party. The SPD came second with 20.5 percent.

© AP Photo / Matthias Schrader
Germany's Interior Minister Presents Hard-Line Master Plan for Migration
In July, German Interior Minister and leader of Bavaria's Christian Social Union Horst Seehofer presented his migration plan, which included creation of transit centers for migrants at the German-Austrian border. However, Other federal states of Germany delayed creation of such centers or refused to participate in the program.

The decision to create migrant processing centers was made by Germany after a July crisis in the ruling coalition, with Seehofer having demanded a stricter migration political course from the federal government.

The microcensus by the Federal Statistical Office (Destatis) revealed on Wednesday that Germany has seen a year-on-year increase of 4.4 percent in population with foreign roots in 2017 as their number exceeded 19 million.

The population of Germany stands at 82.7 million as of September 2017, according to the office. Thus, the share of people with foreign roots amounts to over 23 percent.