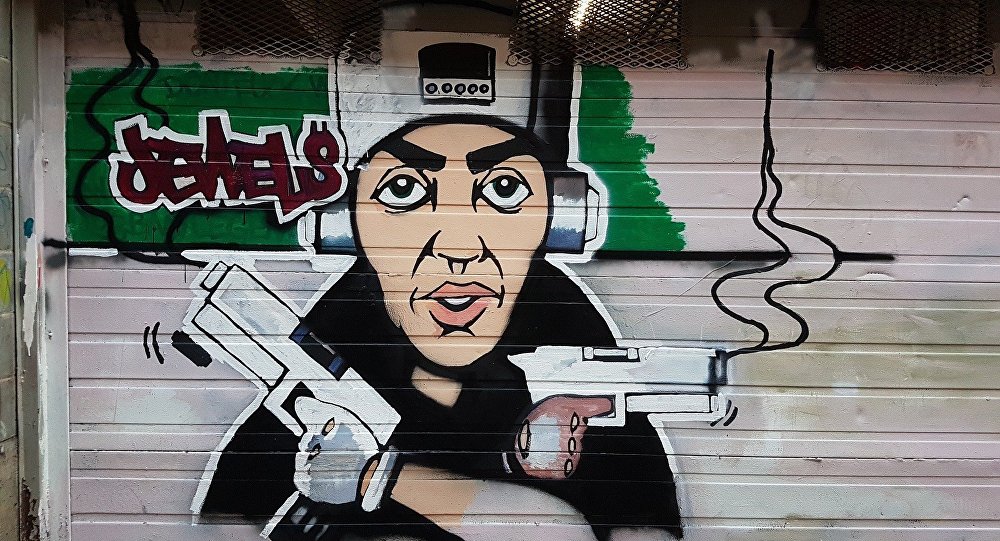 Man Dead After Another "Gang-Related" Stabbing in South London

Another young man has died following a triple stabbing in south east London which left one man dead and two others with knife wounds.

The attack took place on the same street in Camberwell where another teenager was murdered three months ago and close to the scene where a young man was found stabbed to death having been dumped there on the back of a moped.

"Another young man has tragically and needlessly lost his life through an act of violence," Detective Chief Inspector Richard Leonard from London's Metropolitan Police said in a statement.

"We are keeping an open mind about the positive motive for this attack, but at this early stage one line of enquiry is this being gang-related."

Two teenagers, aged 18 and 19 were arrested close to the scene and are being held on suspicion of murder.

A murder investigation has been launched in #Camberwell after a man was stabbed to death last night. Two people have been arrested and detectives are appealing for witnesses and information. https://t.co/yGtvK13Aqq pic.twitter.com/JuOhz461j9

It's since emerged that the young man  Sidique Kamara, was a rapper with a drill music group who performed under the name Incognito with group Moscow17.

Today we have taken a very sad loss in our member @SK017_ /Incognito, we ask for all prayers be directed towards him & his family 💔

Incognito Moscow 17 has been Stabbed to death after fight in Camberwell, South London: https://t.co/0eq6qZ2mMX via @YouTube

I remember watching this video by @mrmontgomery_ and thinking how Incognito, who was stabbed to death last night, comes across as more intelligent and eloquent than most artists of any musical genre when they are interviewed, let alone drill. Who knows when this will end. RIP https://t.co/dzqYIPrvcr

Camberwell is in the London borough of Southwark which according to recent figures released by the Mayor's office for policing and crime, is the second highest borough in Britain's capital city for knife crime with 805 incidents taking place in the last year. Senior police officers were recently invited to Camberwell to talk to residents "about gang tensions in the area."

This week we invited senior police leaders to talk to Camberwell residents about gang tensions in the area. They told residents more about all the work police are doing to reduce violence in #Camberwell.

What local policing events would you be interested in attending?

Knife crime has risen by 16 percent in the last year in England and Wales, the number of offences increased to 40,147 in 2017. London's Metropolitan Police is currently investigating over 80 murders.

"Ruthless" Nature of Gangs in London Exposed in New Report