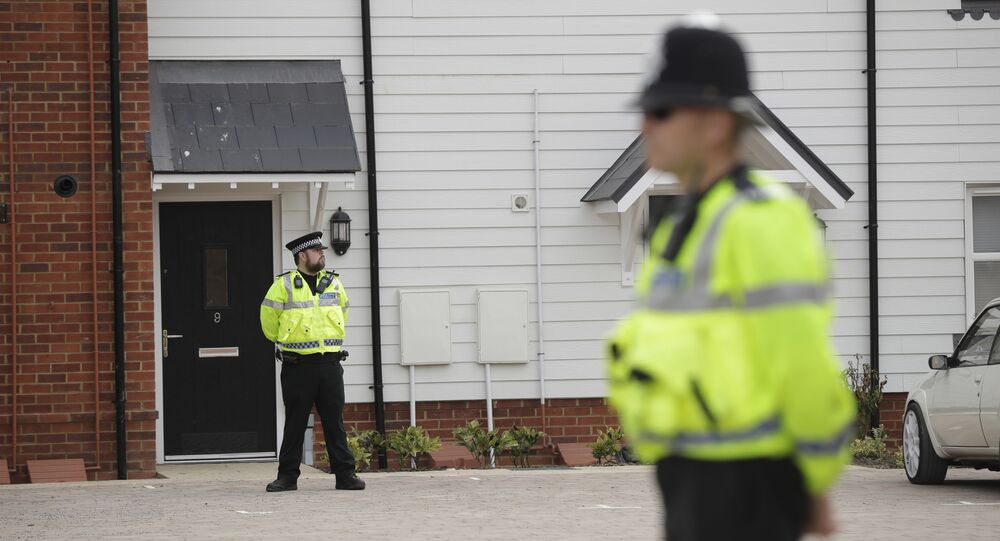 The UK couple, Dawn Sturgess and Charlie Rowley, fell ill on June 30, nearly four months after an ex-Russian military intelligence officer and his daughter were allegedly exposed to a nerve agent in the neighboring town of Salisbury.

Two bins from a cordoned-off in Salisbury have been taken to the Porton Down science park as part of the investigation into the suspected "Novichok" poisoning of two Britons, Dawn Sturgess and Charlie Rowley, Metropolitan Police reported on Thursday.

The news surfaced shortly after Wiltshire Police announced it would probe the air ambulance, the ambulance station, emergency vehicles and the kit used in response to the Amesbury incident.

"The highly precautionary process is designed to ensure that no onward contamination has taken place," Wiltshire Police said.

To allow specialists to carry out their work, the Air Ambulance base at Semington will close temporarily and the ambulance helicopter will also be tested and be unable to fly.

Dawn Sturgess, 44, and Charlie Rowley, 45, were found unconscious at Mr. Rowley's home in Amesbury on June 30. Dawn Sturgess never regained consciousness and passed away on July 1; her boyfriend has been discharged from the hospital after three weeks of treatment. Later on, he told the media that he had unwittingly picked up a boxed and sealed perfume bottle. He then gave it to his girlfriend who sprayed the liquid onto her wrists, exposing them to a lethal dose.

The Amesbury couple was exposed to what the UK authorities called "Novichok", the same nerve agent that allegedly struck down former Russian spy Sergei Skripal and his daughter in neighboring Salisbury in early March. A number of high-ranking UK officials, including Defense Secretary Gavin Williamson and Security Minister Ben Wallace, have claimed that the poison came from Russia, though no evidence supporting the claims was ever presented. Britain's Home Secretary Sajid Javid has accused Moscow of using Britain as a "dumping ground" for poison.