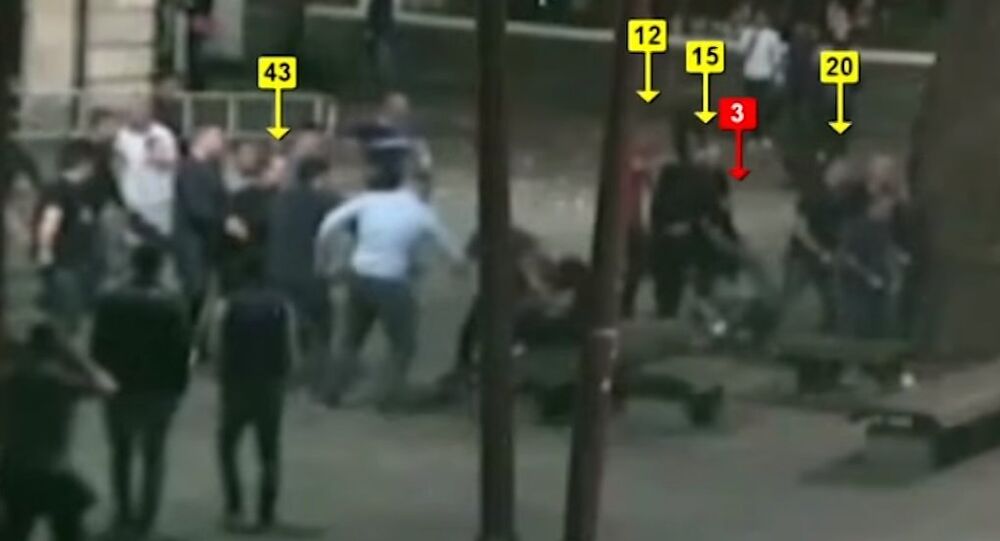 On Wednesday, 23-year-old Tyrone Andrew was sentenced to 14 years for stabbing Reagan Asbury, 19, during a huge brawl which occurred at the end of the IBF Youth World Lightweight title fight last year.

A video has emerged online showing the final moments of teenager Reagan Asbury, who was fatally knifed in the neck after violent clashes broke out at the end of the IBF Youth World Lightweight title fight between Walsall boxer "Cool Hand" Luke Paddock and Myron "Skillz" Mills, from Derby, on October 14, 2017.

The footage came after 23-year-old Tyrone Andrew was cleared of murdering 19-year-old Asbury, but convicted of manslaughter, for which he will serve 14 years in prison.

Prosecutor Michael Burrows QC told the Birmingham Crown Court that the footage showed Andrew "stealthily" jogging towards Asbury from behind "like an animal stalking its prey."

Andrew, who fled to the US immediately after the stabbing, claimed that he was acting in self-defense and that he found the knife at the venue. He added that he was terrified by a "white horde" which was coming towards him.

However, judge Simon Drew QC underscored that the stabbing of Asbury was a "deliberate and focused" blow aimed at a victim who was obviously unarmed.

Seven Arrested Over Clashes at Football Match in London

Explosion at Boxing Match in Eastern Philippines Injures at Least 27