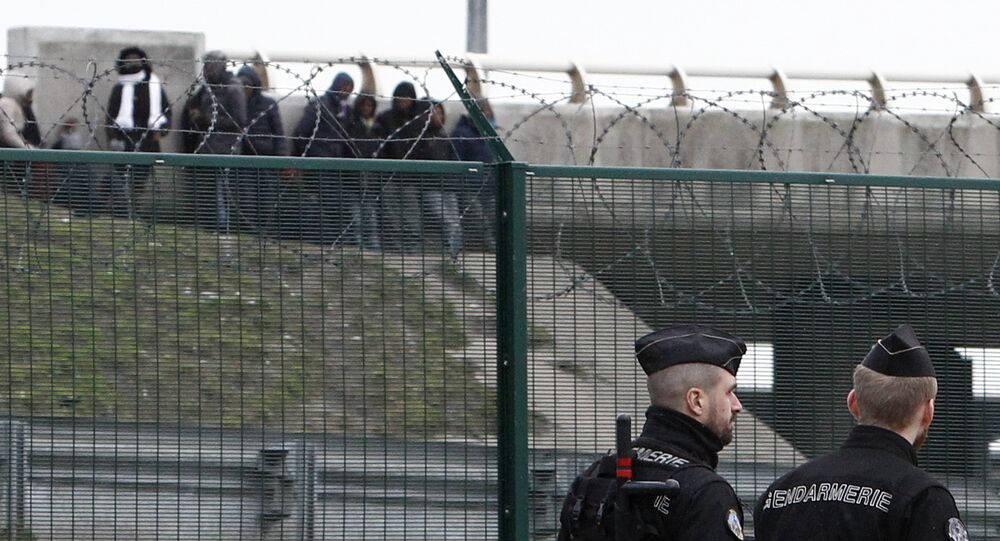 PARIS (Sputnik) - Four officers of a French police special unit were injured in clashes with migrants in the port city of Calais on Monday evening, BFMTV reported on Tuesday, citing sources in a prosecutor's office.

According to the BFMTV channel, the policemen interfered when a group of migrants broke into one of the companies located in an industrial zone next to a road to the port city of Calais.

The migrants reportedly threw stones at the policemen, injuring four of them. One of them sustained a head injury, the channel reported.

The UNSA-Police trade union has already denounced the violence.

Meanwhile, BBC reported about a blast that hit the Port of Calais.

CALAIS: Reports of two controlled explosions carried out on a suspicious car at the Port of Calais, possibly heading for the UK. Unconfirmed report of one person arrested. pic.twitter.com/Popdgi3uGJ

​Calais, which is located near the French side of the Channel Tunnel connecting the country with the United Kingdom, has for years been home to hundreds of migrants trying to cross the border. In 2016, the migrant camp in Calais was dismantled due to horrible living conditions there. Even though the camp was dismantled, asylum seekers and refugees still arrive to the city.

Army now on scene at calais. A ferry Sat at port would appear to now be letting off traffic. pic.twitter.com/hHl0bTnVZj