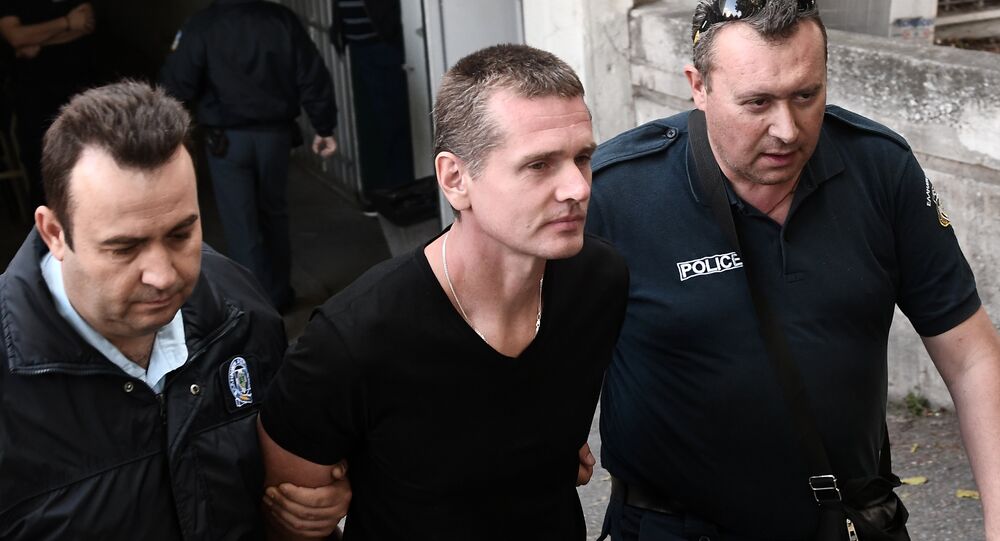 "The decision has been made to extradite Vinnik to Russia. During the court hearing, a motion was filed to replace detention in custody with house arrest. The motion has not yet been granted. The judge did not say yes or no. She said she would make a decision when issuing the text of the ruling on extradition," the lawyer said.

Vinnik was detained in Greece on July 25, 2017, at the request of US authorities charging him with a number of offenses. The charges included laundering $4 billion through bitcoin cryptocurrency exchange BTC-E, which Vinnik allegedly headed, hacking Japanese exchange Mt.Gox, which led to its bankruptcy and facilitating drug trafficking. Vinnik faces up to 55 years in prison in the United States if convicted.

© AP Photo / Giannis Papanikos
Greek Police Uncover Plan to Kill Russian National Vinnik Suspected of Fraud by US - Source
His extradition has also been requested by Russia. According to the Russian Prosecutor General's Office, Vinnik filed applications with the prosecutor's office in March and April, including via his representative, admitting his guilt in cyber attacks and a large-scale money laundering.

In June, France put Vinnik on the wanted list over embezzling of money on its territory and requested his extradition from Greece. On July 13, a Greek court ruled to satisfy France's request to extradite Vinnik. Musatov said then that France's request was aimed to further extradite Vinnik to the United States, adding that he would appeal that ruling.