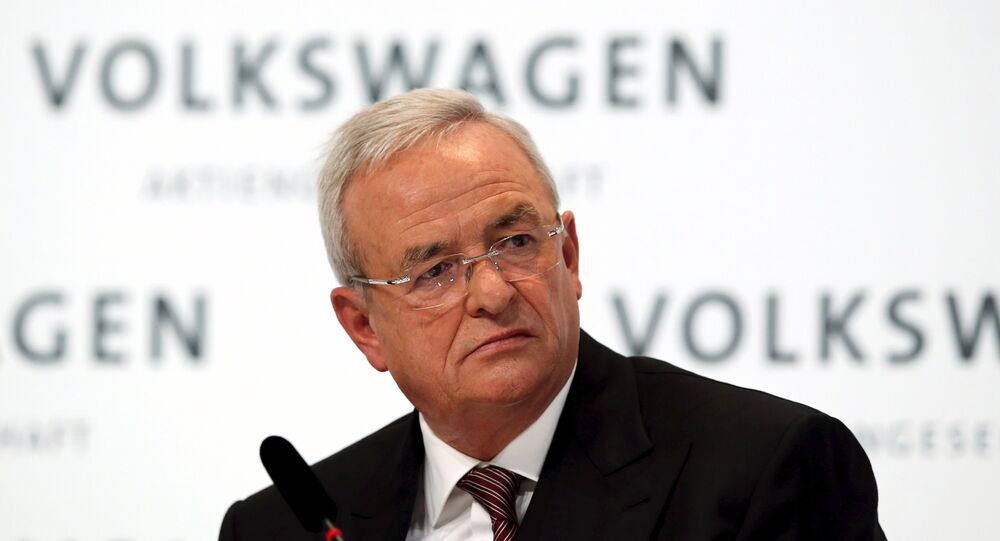 The investigation began in 2017 in Munich, when a staff member at Sparda bank in Nuremberg turned to the police because of two money transfers made by Winterkorn to his tax consultant in Munich, the Bild newspaper reported.

© REUTERS / Mal Langsdon
Volkswagen to Pay Germany $1.2Bln in Dieselgate Emissions Scandal
An investigation helped uncover one more transfer to the consultant as well as the fact that the largest part of the sum, about 10 million euros, or $11 million, was then moved to an account in a Swiss bank, Vontobel. Winterkorn's wife Anita received a transfer of 3.5 million euros, which could be interpreted as a gift, but even in that case would be taxable.

Prosecutors discovered that Winterkorn was transferring 2,700 euros monthly, since June 2016, to the account of his son Jens who then sent 2,500 euros to another account belonging to his father.

Prosecutors reportedly believe that Winterkorn was trying to protect his assets fearing that he might be found personally liable for the damages linked to the so-called Dieselgate.

READ MORE: First 'Made in Rwanda' Volkswagen Cars May Be Released in Spring 2018

The businessman's lawyer stressed that Winterkorn was free to do what he liked with his assets and to choose how to support his family.

In May, a US federal court charged Wintercorn with wire fraud and conspiracy as part of the diesel emissions scandal. Winterkorn left Volkswagen AG board of directors in 2015 after the US Environmental Protection Agency accused the carmaker of tampering with diesel engines to cheat at emissions tests.