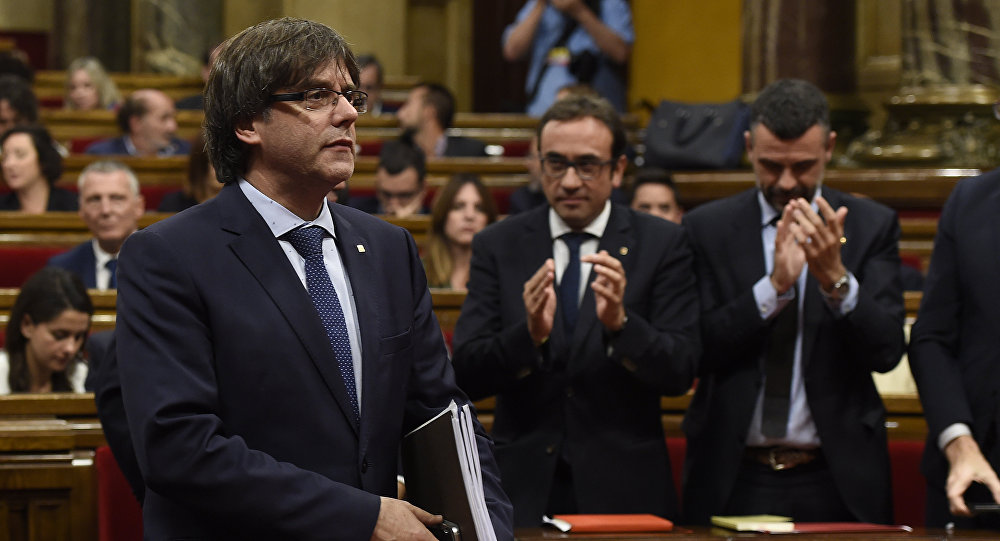 BRUSSELS (Sputnik) - Former Catalan leader Carles Puigdemont said that he would resume his political activity related to the independence of Catalonia after returning to Belgium from Germany.

"My political activity will be based in Belgium for the sake of freedom and independence of Catalonia and its people and ensuring its fair claims," Puigdemont said at a press conference.

Puigdemont arrived in Belgium earlier in the day after Spain dropped its European arrest warrant against him earlier in July.

© REUTERS / Hannibal Hanschke
German Prosecutors Say Filed Petition to Stop Puigdemont’s Extradition
On July 20, a German court regulated to stop the process of extraditing Puigdemont, since the Spanish Supreme Court removed the European and international arrest warrants against the politician and five other fugitive Catalan political activists who remain abroad.

Madrid's move happened after the German court ruled that Puigdemont could only be extradited over charges of misuse of public funds, rather than his initial rebellion charge.

In March, the ex-Catalan leader was detained in Germany but later released on bail by a German court.

Spain’s national arrest warrants against Puigdemont and other regional politicians remain in force, meaning that they will be arrested should they return to Spain.