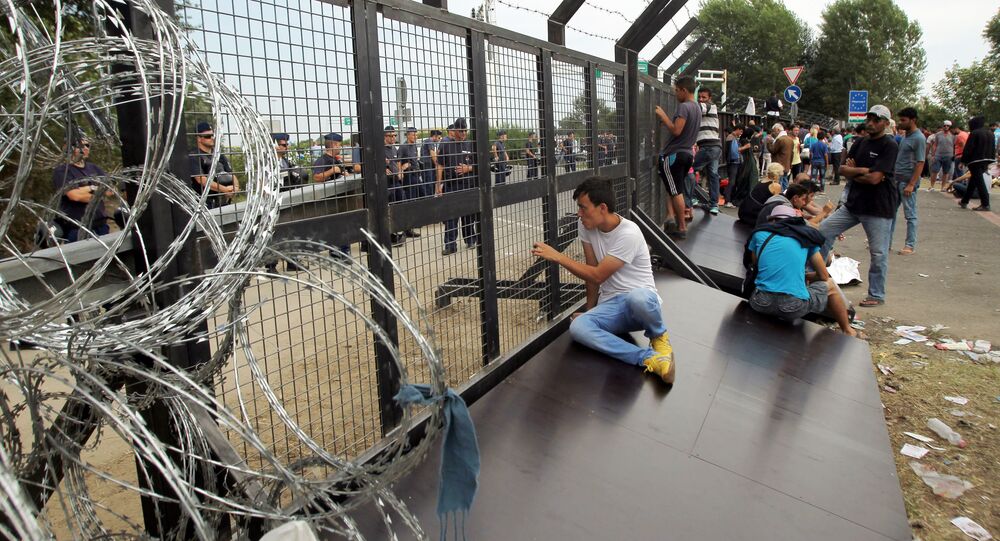 Earlier, Hungary’s government warned of the possible consequences of immigration to Europe and continues to oppose Brussels’ migrant policy.

Hungary's Prime Minister Viktor Orban spoke on the radio about the fact that a new European Commission is needed that will develop a new migration policy.

"We need a new Commission… with a new approach," Orban told state radio.

Meanwhile, Hungarian government's International Communications Office told Sputnik that Hungary believes that the new European Commission, to be elected in May, should change its stance on the migration issue, in particular, by ending its condemnation of countries which insist they are protecting their respective borders from migrants.

"In our opinion the EU needs a European Commission in the future which does not penalise the countries which protect their borders," the office said in a statement, stressing that the Hungarian government did not intend to call for replacing the current commission at the next meeting of the European Council, but talked about commission to be elected.

The office pointed out that the migration issue did not fall within the capacity of the EU Commission, but rather that of individual nations, and the Hungarian government believed that it should remain as such.

"However, it does not exclude the possibility of a common European solution of the migration crisis, but such a solution must be based on the will of the European people," the statement read.

Hungary has long been critical of the European Union's open-door policy, initially introduced at the onset of the migration crisis, and opposed the mandatory migrant relocation quotas. Budapest’s stance prompted the European Commission to launch its first infringement procedure against Hungary over its asylum legislation in December 2015.

Over recent months, Hungary has come under intense criticism due to its new so-called Stop Soros law, which banned non-governmental organizations from providing aid to undocumented migrants. The controversial legislation is part of the policy against EU migration regulations and Hungarian-born US billionaire George Soros, who proposed a plan to address Europe’s refugee crisis and urged the member states to keep their borders open for documented migrants.

© REUTERS / Marko Djurica
Hungarian PM Orban Sides With Poland in Pursuit of 'Christian, National Values'
On July 19, the European Commission referred Budapest to the Court of Justice of the European Union over legislation criminalizing help to undocumented migrants, which the commission argued did not comply with EU law.

Viktor Orban's tough line towards migrants since the refugee crisis erupted in Europe in 2015 has caused a serious rift with Brussels over compulsory EU quotas for asylum seekers that member-states are required to accept. After hundreds of thousands of migrants entered Hungary, Budapest built a border fence along its southern frontier to stop the influx. Harsh anti-immigration measures were a major part of Viktor Orban's election campaign and remain one of the main topics in his current political agenda.