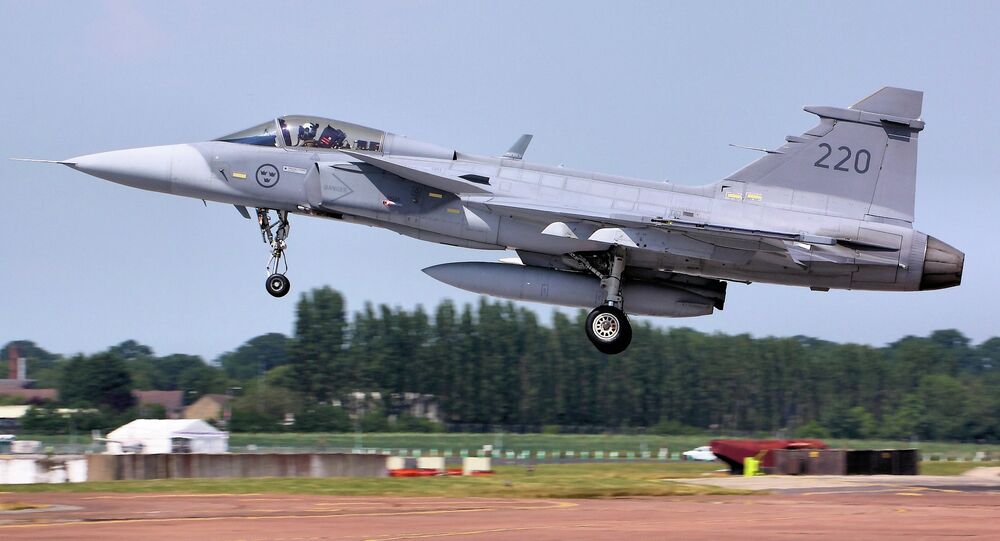 The Swedish town of Älvdalen has been besieged by a ruthless enemy who destroys all before it, leaving nothing but smoldering ruins behind. How will the Swedes repel this internal foe? Why, by bombing it, of course! Only this time, the “enemy” is a raging forest fire.

It sounds too comical to be true: the Swedish Air Force was deployed this week with orders to drop laser-guided bombs on a blaze in the remote western forests of the country, near the Norwegian border. The Local-Sweden reported that the area was dangerous for firefighters to reach, not only because of its remoteness, but also because it is near an old army firing range and is littered with unexploded ordnance.

But how could an explosion help quell the flames? It basically works like blowing out a candle, Popular Mechanics explained.

"The oxygen from the fire can be removed with the help of a bomb, and in this case it was possible to try it, because the fire is at a firing range," said fire and rescue team leader Johan Szymanski in a statement.

Initial reports said the blasts managed to extinguish fires up to 100 meters from their targets.

Dozens of wildfires are raging across Scandinavia as hot, dry weather persists in the region. Swedish authorities reported on Monday that an area of 25,000 hectares was in flames, including 2,500 hectares in Dalarna, 8,500 in Gävleborg, 500 in Västernorrland and 8,500 in Jämtland.

The Drive also reported that the Swedish Army has used military weapons to fight forest fires in the past, too, including firing artillery to snuff out flames.

Redeploying military technology for civilian uses is of course not limited to Scandinavia. Back in 2013, it was reported by Chinese media that the People's Liberation Army had sent a flamethrower squad out to a nearby village that complained about a huge 1.5 meter-wide hornet's nest at the top of a tree, housing hornets that had stung an elderly villager to death and injured many others, the Daily Mail reported.

Popular Mechanics also noted that in 1935, the US Army tried to bomb Hawaii's Mauna Loa volcano to stop a lava eruption, and that both Russia and China have used bombers to break up ice that had dammed rivers.

Plus, in the 1930s, the US tried to develop a special kind of fire-fighting bomb that used a proximity fuse to "explode" its watery contents directly above the flames. Unfortunately, The Drive noted, tests showed the explosion tended to start more fires than it put out.

The idea was revived in 2014, when Boeing patented a fire-fighting artillery shell that could disperse fire-retardant material above a blaze, Popular Science reported at the time.

Around 100 Firefighters Tackle Fire in Block of Flats in London (PHOTO, VIDEO)