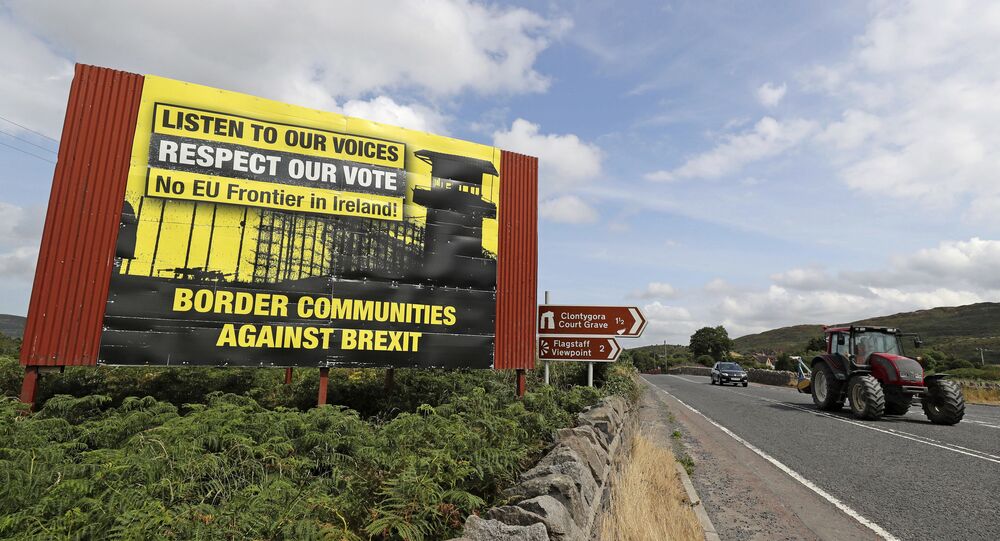 The statement comes as time is running out for Britain to negotiate a withdrawal agreement, as Theresa May is trying to find a way to keep Northern Ireland aligned with UK regulations in an effort to push forward her vision of a soft Brexit.

There would be "strong resistance" to any barriers between Northern Ireland and the rest of the UK post-Brexit, Chancellor Philip Hammond warned during a visit to Northern Ireland on Wednesday.

"I think people would be willing to see those arrangements maintained," he said, referring to the existing divergences in regulations, particularly concerning animal health protection.

"But I think there would be a strong resistance to creating any new areas of divergence in regulations between Northern Ireland and GB," he added.

Hammond believes that the UK is "well positioned" for a good deal in the Brexit talks, and that there is no legal basis to delay Britain's departure from the EU, which is scheduled for next March.

In a bid to avoid a 'no deal' Brexit scenario that would be the most harmful for both sides, as it would see Britain trade with the European Union on bare WTO terms, London and Brussels have been engaged in tough negotiations.

READ MORE: Not Too Late for UK to Overturn Brexit Decision, Remain in EU – French Minister

The Northern Irish border remains a stumbling block in the talks. In an effort to break the deadlock, the EU has proposed keeping Northern Ireland, a part of the UK, aligned with the EU's customs union and large parts of the single market if the parties fail to reach a wider deal. Such an option would mean no hard border (physical infrastructure and border checks) on the island, but would imply restrictions on some goods exported from Great Britain to Northern Ireland.

However, Theresa May, a vocal proponent of a soft border, has rejected the so-called "backstop" proposal, citing "constitutional integrity" concerns. Instead, she suggested avoiding the need for customs and regulatory checks at the border by creating a free trade area for goods.

The UK and the EU agreed in December 2017 that Northern Ireland would remain within the EU customs union if no deal is struck.