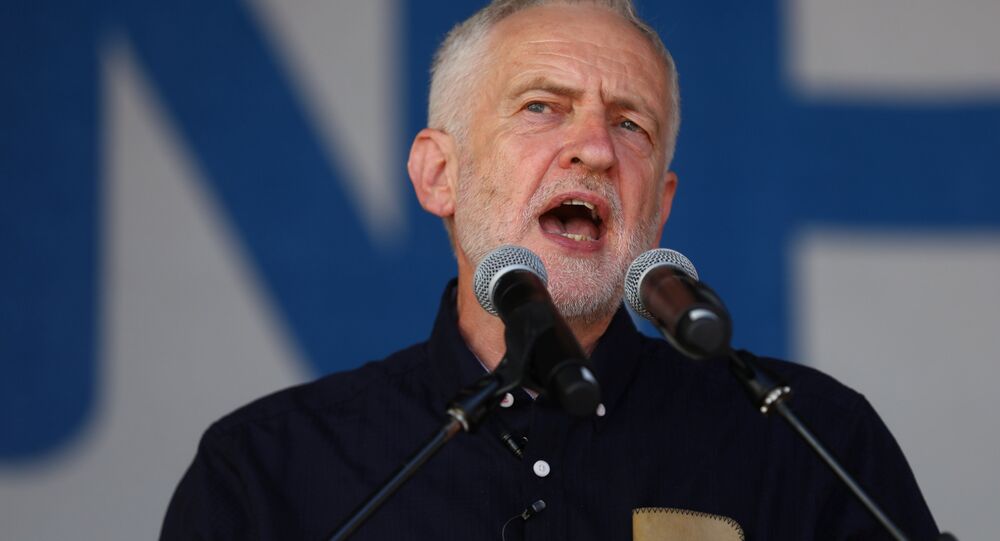 The joint statement comes shortly after a veteran Labour MP faced disciplinary action for calling Jeremy Corbyn an "anti-Semite", angered by the decision of the party's ruling body not to endorse the internationally-accepted definition of anti-Semitism.

Three rival UK-based Jewish newspapers, the Jewish Chronicle, Jewish News and Jewish Telegraph carried similar front pages for their Thursday edition, in what they called an "unprecedented step of speaking."

This is the single most astonishing front page we’ve run at @JewishChron in my decade here. It is totally without precedent. Our paper has been published since 1841. @JewishNewsUK and @JewishTelegraph are our rivals — in name, in business, and on stories pic.twitter.com/peRUPRnqIX

In a joint editorial, Britain's three leading Jewish newspapers rang the alarm over what they believe is "the existential threat" that a government headed by Jeremy Corbyn, the Labour leader, would pose to the country's Jewish community.

They attacked Labour's latest refusal to adopt an internationally recognized definition of anti-Semitism issued by the International Holocaust Remembrance Alliance (IHRA) and approved by 31 countries.

"Under its adapted guidelines, a Labour Party member is free to claim Israel's existence is a racist endeavor and compare Israeli policies to those of Nazi Germany, unless 'intent' —whatever that means — can be proved."

In response to this display of condemnation, a Labour spokesperson said on Wednesday that "the next Labour government poses no threat of any kind whatsoever to Jewish people."

Labour and its leader, Jeremy Corbyn, have been in the grip of a public conflict which erupted after the party's ruling National Executive Committee greenlit a new code of conduct, which didn't include the full IHRA wording, prompting Jewish groups and some MPs to claim that it watered down the definition of anti-Semitism.

This comes after Corbyn's spokesman vowed last week to take disciplinary measures against veteran Labour MP Dame Margaret Hodge, who confronted with Corbyn in the Commons over the new guidelines, calling him an "anti-Semite and racist."

Build it in Britain? Corbyn's Industrial Policy Is Just What UK Needs