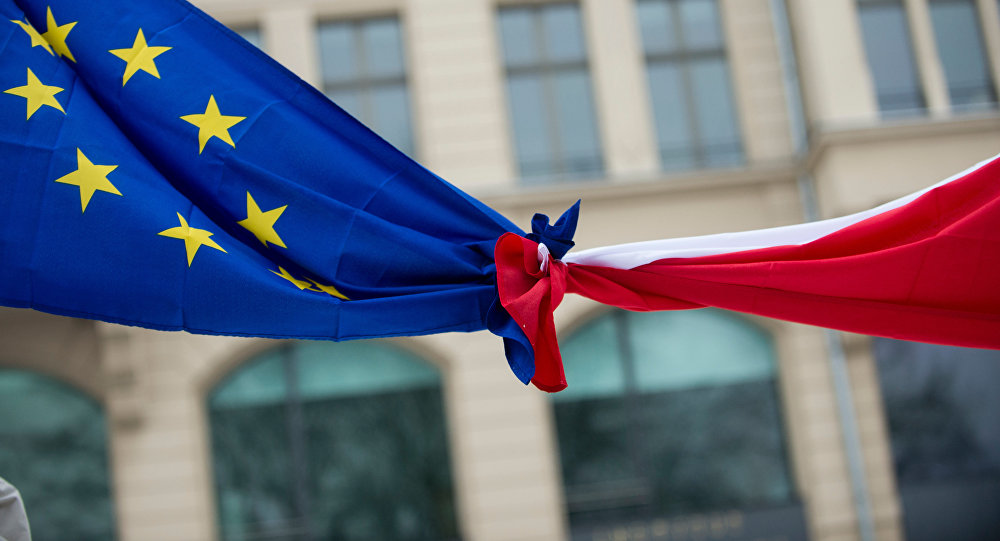 MOSCOW (Sputnik) - The European Court of Justice (ECJ) ruled on Wednesday that EU member states may refrain from bringing into effect European arrest warrants issued by Warsaw in the light of the weakening judicial independence in Poland.

The ECJ issued a ruling, considered a landmark, saying that EU member states had the right to "refrain from giving effect to the European arrest warrant" if there were sufficient grounds that the issuing member state might violate a suspect’s right to fair trial. The ruling read that the fact the European Commission invoked Article 7(1) of the EU Treaty against Warsaw was sufficient to refuse extradition to Poland.

Warsaw issued three European arrest warrants in order to prosecute the suspect, a Polish citizen, who has reportedly been living in Ireland for 10 years, over drug trafficking offenses, according to the court's statement.

© REUTERS / Kacper Pempel
European Commission Initiates New Legal Case Against Poland
In May 2017, the suspect was arrested by Irish authorities but did not consent his extradition to Poland over concerns that his right to fair trial could be undermined there. Dublin refused to extradite the suspect to Warsaw and sought clarity on the issue from the ECJ, the statement read.

Poland has been embroiled in a row with the European Union over its judicial reform since 2017. The European Commission started an infringement procedure against Poland on the grounds that the law on ordinary courts violated EU law regarding judicial independence as well as gender equality, since different retirement ages were allotted for male and female judges. According to the commission, the reform not only goes against EU principles, but also enables the executive branch to substantially interfere with the composition, powers, administration and work of the judiciary.