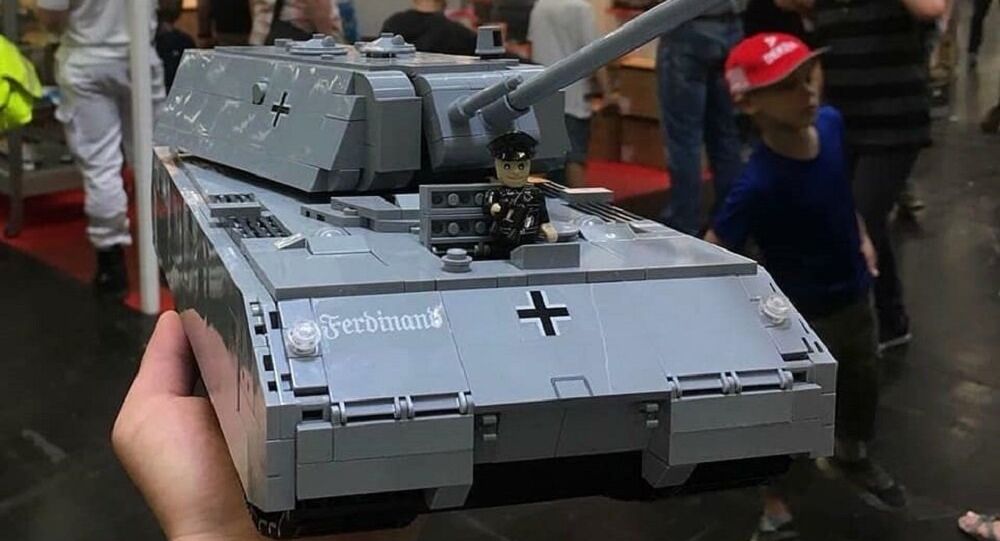 The Lego-like replicas of the German combat vehicles from the World War Two era as well the Third Reich soldiers are made in Poland. The toy maker has dismissed references to the sets as “Nazi toys,” stating they manufacture all types of vehicles from that time.

Five different sets, named after Nazi Germany’s Tiger, Jagdpanther and Mauerbrecher tanks as well as Luftwaffe planes, have been available in the computer game department of one of Berlin’s biggest shopping centers, Alexa.

According to the local outlet Berliner Zeitung, which brought the offer into the spotlight, the vehicles and the toy soldiers are stunningly detailed. The toy tanks have the Wehrmacht crosses as well as their nicknames such as "Ferdinand" or "Siegfried" written in the Gothic letters on them. The soldier figures  wear black SS-like uniforms with imperial eagles on them; the producer have eliminated symbols like swastika, SS-skulls and lightning-shaped SS runes, which are all outlawed in Germany. Additionally, each pack has a photo of the original vehicle with a historical fact sheet on it.

The department store management was “appalled” when it was informed that the toys were on sale. But the salesperson, cited by the newspaper, defended the sets and described them as "fan merchandise" of the computer game "World of Tanks,” where players drive animated tanks, including Wehrmacht vehicles from the Second World War, rather than children's toys, pointing out that the forbidden symbols had been eliminated.

The Poland-based toy manufacturer Cobi, which produced the replicas, stated that they are not "Nazi toys." The spokesman pointed at "the pedagogical character" of "historical toys," stating that their "World of Tanks” collection includes models of all major nations that participated in the Second World War. Aside from the merchandise, Cobi produces a whole series of World War II sets, some of them were also on sale in Berlin’s store.

A spokeswoman for the reseller, which put the Third Reich’s models on sale in Berlin, told the newspaper that the company regrets if the kits and figures have caused irritation or have been misinterpreted. The sets have been taken off the shelves at the Berlin store, and the company has promised to remove it from branches across Germany and from the on-line shop.