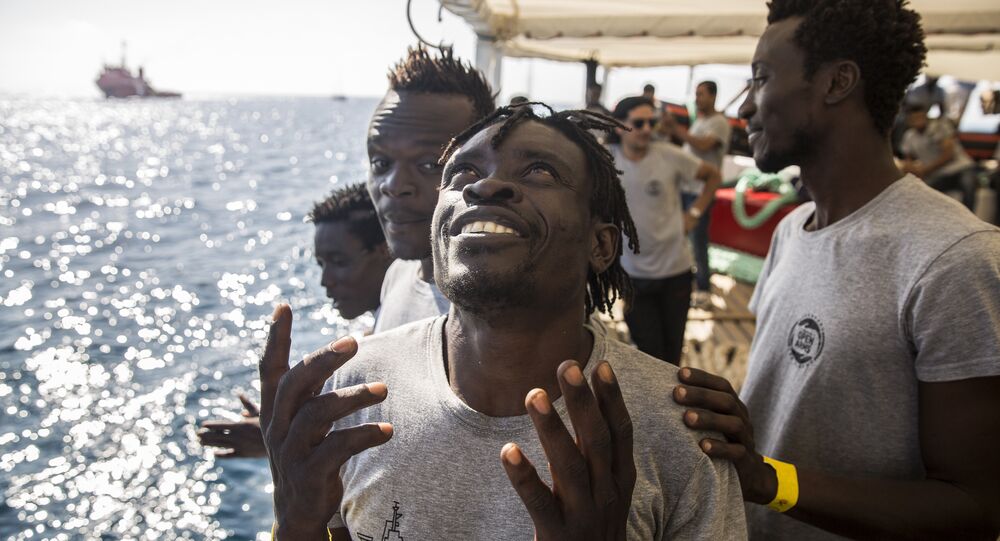 Earlier this week, Italy gave Brussels a five-week deadline to come up with a solution to the migration crisis, as its first attempt apparently didn't please Italy's right-wing government, which sealed off its ports from illegal migrants a month ago.

Matteo Salvini, Italy's right-wing interior minister, dismissed the EU's latest solution to the migration crisis as insulting. "If they want to give money to someone else they can do so. Italy doesn't need charity," he said on Wednesday, as quoted by The Times.

His rebuke comes after the European Commission offered on Tuesday to shoulder the cost of accepting people rescued by boats in the Mediterranean from the common European budget, paying member states 6,000 euros for every migrant they take in and host at secure centers on their soil.

The option was brought forward after Italy's new hardline government, on Monday, gave Brussels five weeks to work out a new asylum policy before barring all rescue boats from its ports.

In late June, during marathon talks in Brussels, EU leaders agreed to set up controlled centers within the bloc on a voluntary basis to process asylum requests. They also gave a thumbs-up to another proposal for "disembarkation platforms" based in North Africa. The deal was struck as a result of opposition from front-line countries to the Dublin Regulation, a migration law adopted in 2013, which states that migrants should register in the first EU country they arrive.

In June, Matteo Salvini sparked a diplomatic row when he closed Italy's ports to NGO-operated boats that rescue migrants in the Mediterranean Sea. Spain agreed to take them in after days at sea.