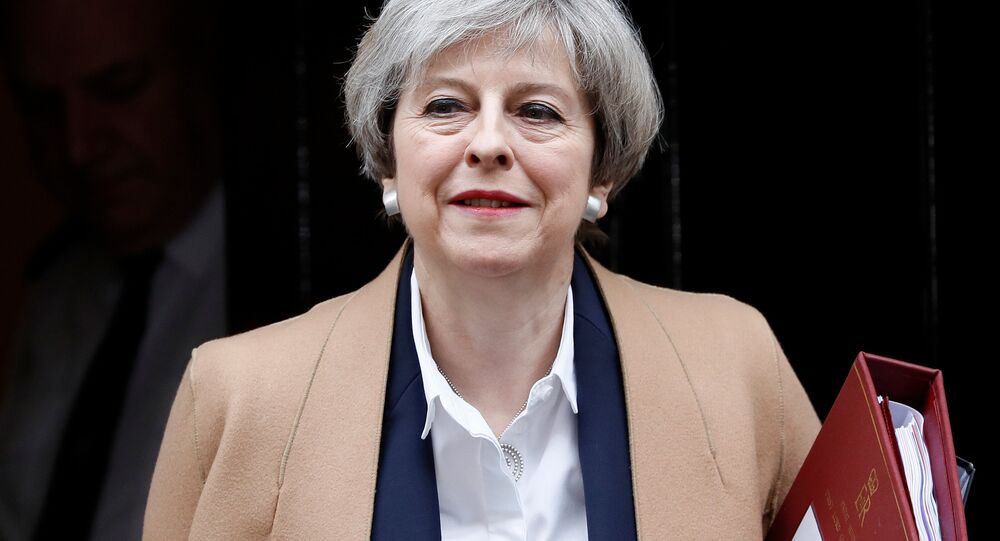 Despite British Prime Minister Theresa May's recent call to step up the UK-EU negotiations on the country's withdrawal from the bloc, the talks seem to be coming to a standstill.

Earlier this week, UK Prime Minister Theresa May announced that she would personally lead the UK-EU withdrawal negotiations, just a few weeks after David Davis abruptly quit as Brexit Secretary over disagreements with May on her plan for a "soft" Brexit.

She added that the Brexit Ministry will continue to be responsible for the government's preparations for the pullout, including the required legislation for a deal and a no-deal scenario.

Shadow Brexit Minister Jenny Chapman was quick to describe May's decision as a "sidelining" of the new Brexit Secretary.

"Dominic Raab has been sidelined by the Prime Minister before he has even had the chance to get his feet under the table, he noted.

Raab, for his part, stressed that "there is no tension" between him and May, touting "full assertion of ministerial accountability" as well as "one team" and "one chain of command."

In a separate development, Raab rejected speculation that the government is stockpiling food but admitted that London will try to ensure that a possible no-deal scenario would not disrupt food supplies.

"We will look at this issue in the round and make sure that there are adequate food supplies. It would be wrong to describe it as the government doing the stockpiling. And, of course, the idea that we only get food imports into this country from one continent is not appropriate," he underscored.

READ MORE: UK Economy to Suffer More Than EU in Case of 'No Deal' Brexit — IMF

Raab also acknowledged that the UK would face 'uncertainty' if the country crashed out of the EU without a deal, but said that "long term, we would still be able to thrive."

Additionally, he remained downbeat about London agreeing to a full trade deal with the EU by exit day next March, which he said "would be a challenge, but one that I'm up for."

Green MP Caroline Lucas, supporter of the People’s Vote campaign, criticized Raab's remarks as something which she said "will alarm my constituents and millions of other people across the country."

Meanwhile, talks between Spain and the UK over the future of Gibraltar, a British territory on Spain's southern coast, are reportedly deadlocked as Madrid warned London that a "cliff-edge" Brexit should be avoided for Gibraltar.

"They said the talks with the UK were not going anywhere, there was a lack of engagement and they emphasized that the pressure should be maintained on the British government to talk productively with them. It was one of the reasons that the meeting on Friday was three hours long," a senior EU diplomat was quoted by The Guardian as saying.

There have been fears that if a deal was not reached over the Rock of Gibraltar, it could disrupt plans for the 21-month transition period after Britain leaves the European Union on March 29, 2019.

© REUTERS / Dado Ruvic/Illustration
No-Deal Brexit Will Hit 'Prosperity' and 'Wellbeing' of EU Citizens – Official
Although 96 percent of its population voted to stay within the EU, Gibraltar will be subject to Brexit, meaning that the frontier with Spain will be plagued with the same difficulties as those related to the border between the Republic of Ireland and Northern Ireland.

The local government in Gibraltar is poised to preserve free movement of people across its border with Spain as many workers and tourists enter and leave every day.

European Commission Calls on EU Citizens, Businesses to Get Prepared for Brexit