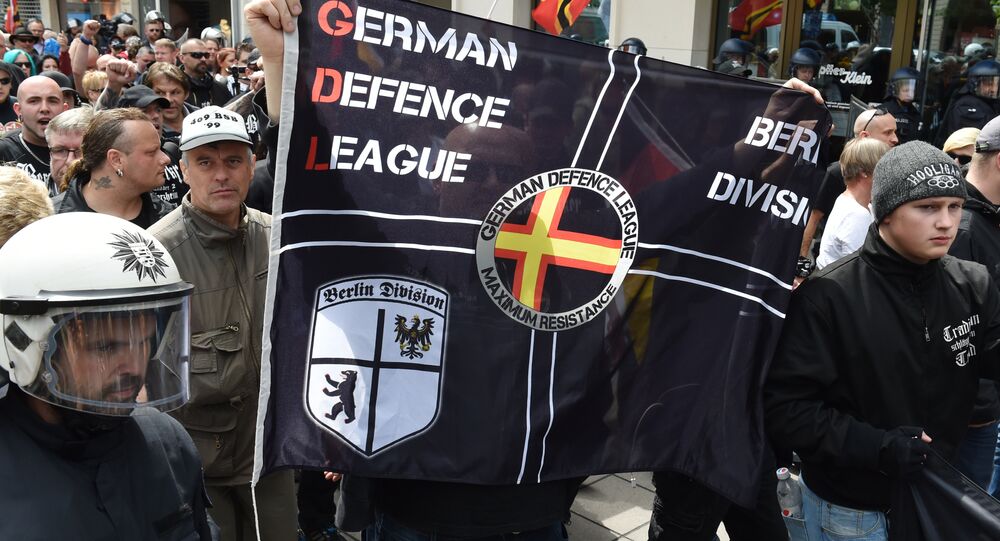 BERLIN (Sputnik) – Germany recorded an unprecedented increase in the number of extremists from the right, left and Islamist camps in 2017, German Interior Minister Horst Seehofer said.

"Today, there are 774 potentially dangerous Islamists [in Germany], more than ever before," Seehofer told reporters, adding that it was necessary to boost the work in order to extradite these persons to their home countries.

© AFP 2021 / JOHN MACDOUGALL
German Prosecution Requests Arrest of Woman Suspected of Preparing Bio Attack
Seehofer and President of Germany's Federal Office for the Protection of the Constitution (BfV) Hans-Georg Maassen jointly presented in Berlin the annual report on the work of BfV in 2017.

In 2017, the numbers of individuals in Germany recognized as adherents of Salafism reached 10,800, while the number of right-wing extremists stood at nearly 24,000 people.

In turn, the number of neo-Nazis increased to 6,000 people, while the share of left-wing radicals was up by 4 percent and amounted to 29,500 people, according to the report.