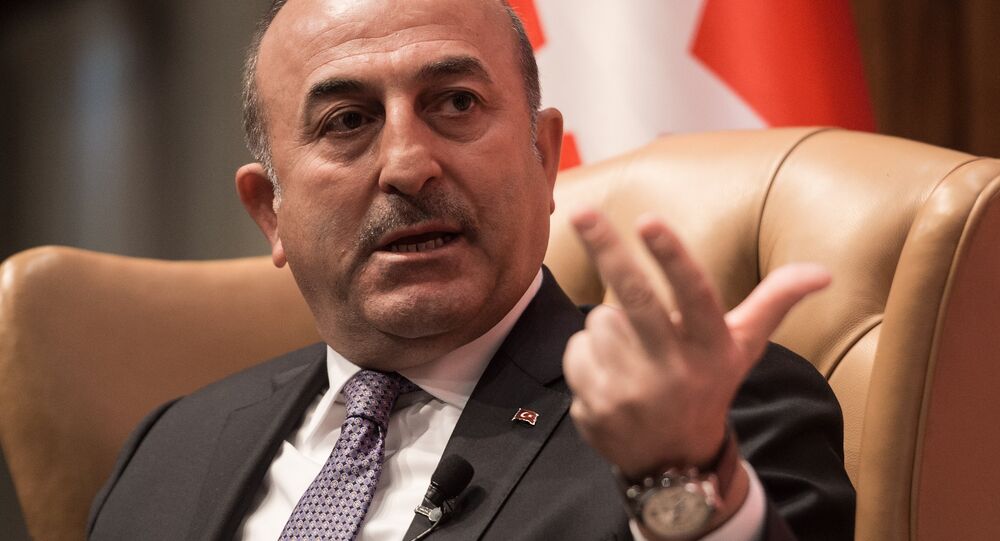 The United States has been ramping up pressure on countries around the world in an effort to bring Iran’s oil revenue “down to zero.”

Turkey will have no part in possible US sanctions on Iran, the newspaper Dunya reported, citing the country’s Foreign Minister Mevlut Cavusoglu.

“We had a US delegation here and we […] explained to them that we believe that [such moves] are a mistake. We are not obliged to abide by any sanctions imposed by anyone,” the minister emphasized.

On July 20, Reuters reported that Turkey’s Petroleum Refining Corporation (TURPAS) had reduced its imports of Iranian oil against the backdrop of Washington’s stated desire to reinstate sanctions on Tehran.

© AFP 2021 / ATTA KENARE
Turkey Refuses to Meet US Calls to Curb Oil Trade With Iran
Earlier this month, Brian Hook, the US State Department’s director of policy planning, told a media briefing that Washington’s  goal was to get as many countries as possible to bring Iran’s oil revenue down to zero with the help of energy sanctions scheduled to be resumed on November 4.

In May, US President Donald Trump fulfilled an election campaign promise to pull out of the landmark 2015 nuclear deal agreed between Iran and world powers, under which Tehran was to wind down its nuclear program in exchange for a gradual lifting of UN sanctions and unilateral measures imposed on the Islamic Republic by the US and the EU.