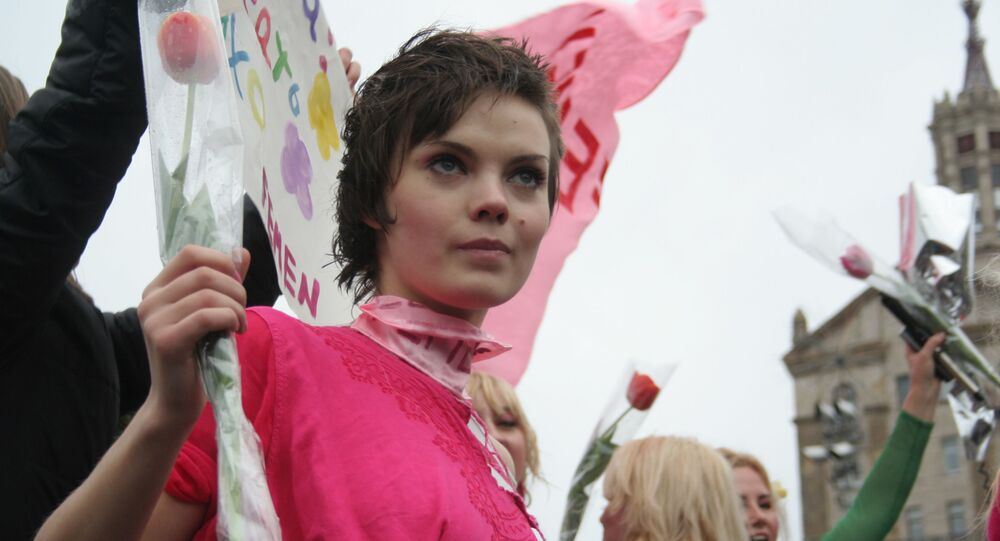 FEMEN is a group founded in Ukraine that hopes to achieve the goal of “complete victory over the patriarchy.” It has become famous through various kinds of protests worldwide, predominantly carried out by topless activists.

FEMEN activist Inna Shevchenko has confirmed that one of the movement's co-founders Oksana Shachko has taken her own life.

According to social media reports, Shachko died on Monday in her Paris apartment, leaving a note, written in English, allegedly stating "You are all fake." The activist reportedly tried to commit suicide twice over the past two years.

Another activist of the movement, Anna Guzol, also confirmed the death in her interview to the 112 Ukraina TV broadcaster.

"Her fiends could not find her for three days, they last saw her at a party, where she left them, she did not get in touch and last night they decided to go to the apartment, knocked out the doors and found her… According to them, there was a note… In the evening Oksana's body was taken by the police. Today, there are no results, in advance it is suicide," Guzol said.

The movement was founded in Ukraine in 2008 and registered in France in 2012. Shachko was one of three co-founders of the group, who used "sextremist" performances as a tactic to achieve their aims. The organization consists mainly of female Ukrainian students.