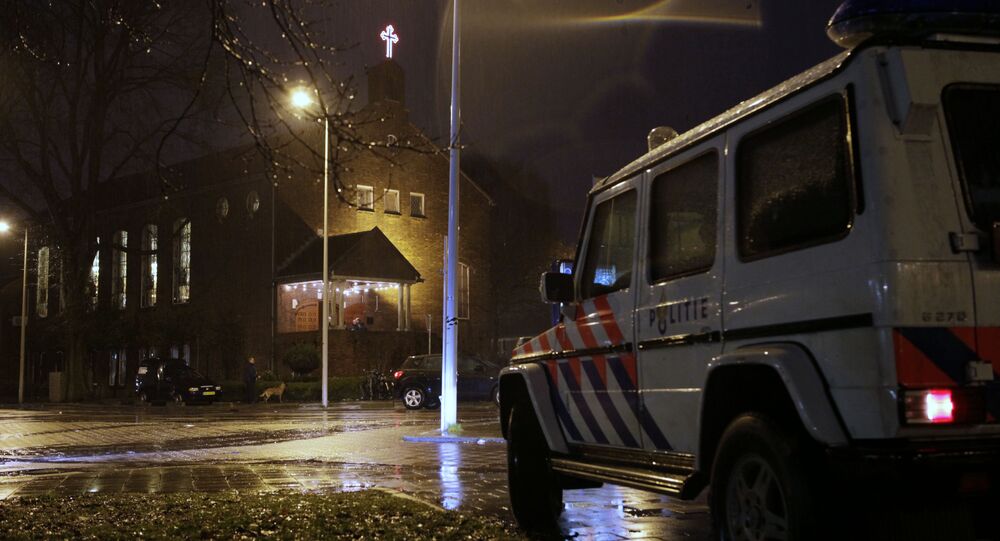 MOSCOW (Sputnik) - Two men suspected of planning attacks in the Netherlands and Paris were arrested on June 17 in the Dutch city of Rotterdam, the public prosecutor said Monday.

The suspects, both of whom are of Moroccan decent, were arrested based on information provided by the Dutch General Intelligence and Security Service (AIVD), the prosecutor said. According to the information, one of the suspects was planning to carry out an attack in the French capital after the holy Islamic month of Ramadan.

Chat conversations between the suspects also revealed a potential plan for an attack against security services in the Netherlands, the news outlet added.

"In one chat conversation, one of the suspects mentioned a plan for an attack. He also sent a photo of the Veranda police station in Rotterdam," the prosecutor said, as quoted by the NL Times news portal.

The police found no weapons or explosives while arresting the suspects, he added.

Until Monday, the suspects remained in restrictive custody. They then appeared in court and were remanded into another 90 days of custody.

US Plot for Future Syria: 'No Territorial Integrity, Special Plans for Raqqa'