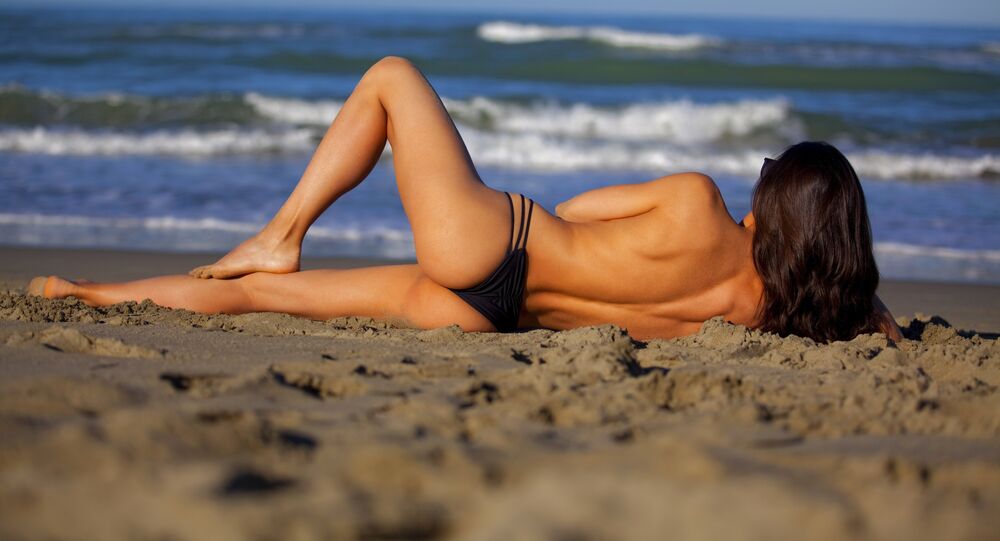 Although an enjoyable nudist holiday is viewed by many as an absolute blessing for humans, it may prove destructive to feathered kind, in light of some beach-goers’ ”subsidiary” activities, the Belgian wildlife authority has warned.

The Belgian Naturism Federation, which unites a rapidly growing number of nudists under its aegis, has stood up in their defense after the Flemish wildlife agency refused to give the green light to a second nudist beach in the country, according to the Flemish daily Het Nieusblad.

Attempts to secure a much-coveted naturist status for a secluded area not far from Westende, to the south of the famous tourist trap Ostende, hit a roadblock after the local fauna watchdog claimed that bathers’ ”subsidiary” beach activities, thereby referring to sex in the dunes, may  threaten the nesting of the rare crested lark, frequently seen in the area. Chances are that the bird would be alarmed by the romantic activity and flee out of security concerns.

The natural shape of the dunes is another question on the table, since these can  easily be damaged, while measures of deterrence like a fence around the dunes that are home to breeding birds won’t work, according to Steve Vandeberghe, the local mayor of Bredene, where Belgium’s first and only nudist beach lies. Speaking to the Flemish newspaper, he ruled out the option of a barbed wire around the spot, saying that he doubts people without clothes will have troubles getting over it.

And this is why we have Brexit

Meanwhile, Koen Meulemans, who leads the Belgian Naturism Federation, said that the Westende beach has proved ideal for those longing to recharge their batteries on a naturist holiday, away from prying eyes. “There is no building or sea dyke that looks out on to the beach,” he said, stressing that the need for a second nudist beach is becoming desperate in the country, which sees the number of nudists grow year on year.

Presumably an issue of "snakes in the grass" 😊
Belgian nude beach blocked on fears sexual activity could spook wildlifehttps://t.co/NVYNABvq7S

The federation now boasts 8,200 paying members, which are a mere “fraction” of the total number across the North European country, according to Meulemans, who continued by saying that throngs of citizens do at least some kind of nudist activity – either they enjoy the sun in the buff or frequent public saunas. He is sure that such recreation offers the best possible immunity for burnouts, as 30-40-year-olds join their community to get rid of work-related pressure as soon as they take off their clothes.