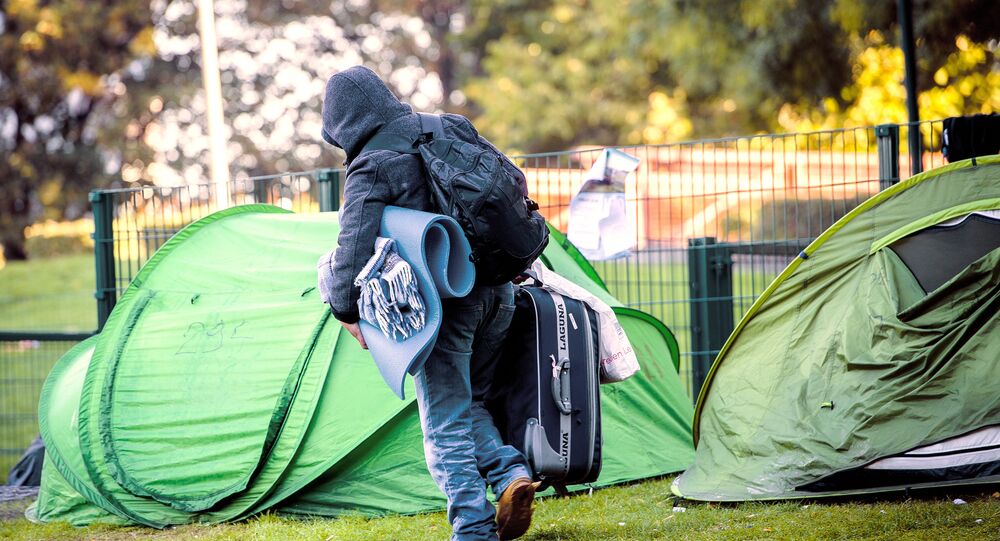 BRUSSELS (Sputnik) - The new Belgian naturalization requirements, which came into effect in January 2013, have managed to reduce the number of foreign nationals applying for Belgian citizenship to an all-time minimum, the Belga news agency reported on Monday.

Between 1996 and 2012, the average number of naturalization applications in Belgium was 10,000 per year, but in 2017, the number dropped to 175, the Belga news agency reported, citing data of the Belgian Federal Parliament.

© REUTERS / Benoit Tessier
Migrant Scandal Threatens to Topple Belgian Government
As many as 104 foreign nationals have applied for Belgian citizenship this year, the news outlet added.

The large proportion of naturalized citizens in Belgium pushed the country's authorities to introduce tougher naturalization requirements for foreign nationals, which were adopted by the country's parliament in October 2012 and came into effect on January 1, 2013. The new migration legislation required all applicants to live in Belgium for at least five years, speak one of the country's three official languages (French, Dutch or German) fluently and have a job with regular income.