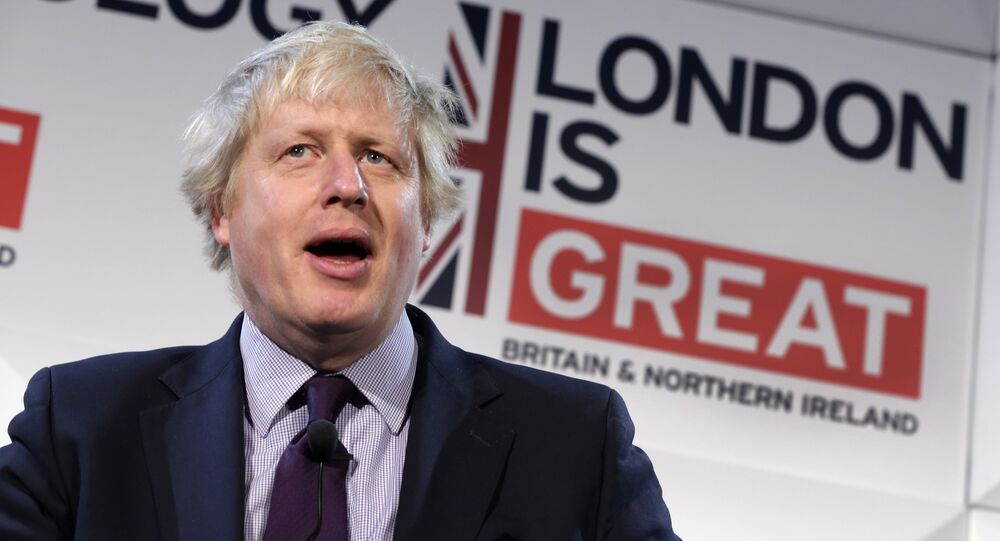 With UK Cabinet post being in the past (for mere two weeks), Boris Johnson's claws are out and it turns out they've been sharpened against his successor in the London mayoral office.

The former Foreign Secretary launched a ruthless attack against London mayor Sadiq Khan, calling him out on "pathetic performance" amid high murder rate in the city.

"Sadiq Khan may be a twinkle-toed mover on the movie premiere red carpet, but his pirouettes on the subject of knife crime are a positive wonder. He blames funding (when he was left with a large war chest by me); he blames the Tory Government; he blames society. He blames everyone but himself, when it is his paramount duty to keep Londoners safe. It is a pathetic performance," Mr. Johnson wrote in his Daily Telegraph column, where he took on a position following his resignation from the government earlier in July.

Mr. Johnson recalled the time when he was in charge, saying that as London mayor — a position in which he served from 2008 to 2016 — he saw the "overall crime went down by about 20 per cent."

"As I never tired of telling the former New York mayor, Mike Bloomberg, in those days you were five times more likely to be murdered in the Big Apple than in London. We more than halved the number of kids being killed in the capital," Mr. Johnson wrote.

© CC0
Gang Murders in London 'A National Epidemic', Criminologist Tells Sputnik
He then accused his successor of reversing the progress and urged to boost the stop and search policy. In line with the policy, the police have the legal right to stop members of the public and search them, if they have 'reasonable grounds' to suspect an individual is carrying illegal drugs, a weapon, stolen property, something which could be used to commit a crime, such as a crowbar.

UK police have previously come under criticism for abusing their stop and search powers, leading to unlawful operation of the policy.

Mr. Johnson, however, is in favour of the stop and search.

"There is only one way to communicate that message, and that is not to berate the police or to criticise them for simply doing their jobs. It is to get behind them and to give them the kind of backing that Sajid Javid, the Home Secretary, has already shown. That is what is needed; not any politically correct virtue signalling about stop and search," he wrote.

In response to surging crime rates in London, Mr. Khan said patrols would be increased and extra stop-and-search powers were put in place.

I‘m angered and heartbroken by the recent violent deaths on our streets. @metpoliceuk patrols have already been increased and extra stop-and-search powers are in place. If you have any information about these horrific crimes — please contact the police. pic.twitter.com/SXgGqL7zIV

According to 2018 policing statistics, the Metropolitan Police in London had the highest overall rate of stop and search, at 17 incidents for every 1,000 people. Attacks using knives or other sharp instruments in England and Wales have risen by 16 percent to 40,147 in 2018 from the previous year.

However, Mr. Johnson argued the problem can be tackled but "Sadiq Khan is failing to do so."

The London mayor said in one of his recent Twitter posts he won't back down on demanding resources and funding for the UK police, referring to his work against surging crime levels.

This is why I make no apology for demanding more resources & proper funding for our Police.https://t.co/0x5RWuMKRw

The young people of London are incredible. We want you to know how important you are, that your lives matter and that London would not be London without you.

Mr. Johnson's comments fall somewhat in line with accusations against the London mayor voiced by the US President Donald Trump ahead of his state visit in Britain earlier this month. Mr. Trump blamed Mr. Khan for doing "a bad job" on terrorism. In 2017, the US president condemned the London mayor over his reaction to the attacks in Borough Market and on London Bridge.

At least 7 dead and 48 wounded in terror attack and Mayor of London says there is "no reason to be alarmed!"

In response to Mr. Trump's accusations, the London mayor said he wasn't clear why the US president singled him out "for being responsible for these acts of terrorism, and no other mayor or no other leader."

According to Boris Johnson, whom Mr. Trump hailed a good PM candidate, Sadiq Khan failed to "either to grip the problem, or even to take responsibility" for the rising crime in the British capital.