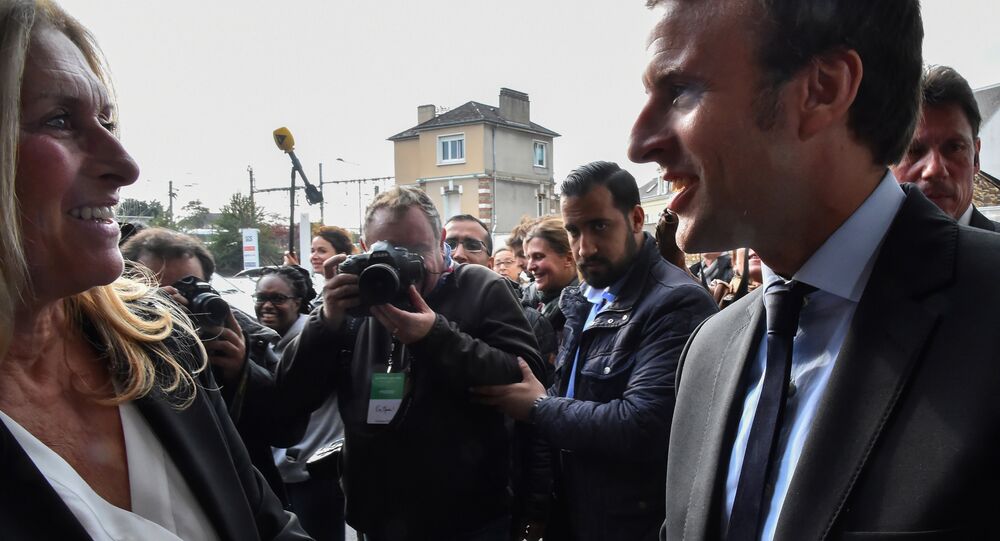 The arrests come right on the heels of the custody for Alexandre Benalla, President Macron’s long-standing security adviser, and another official involved in the assault, Vincent Crase, being extended.

Earlier, the head of France’s Interior Ministry Gerard Collomb demanded that the three law enforcement officers be temporarily suspended from work, on suspicion of extracting CCTV camera images showing a violent scene from Place de la Contrescarpe in Paris from an angle different from the one present in an earlier video. It is noted that that the images were reportedly expected to have long been erased.

In footage published by Le Monde on Wednesday, Alexandre Benalla, who was also in charge of security issues during Macron’s 2017 presidential campaign, is seen wearing a police visor; he is filmed dragging a woman and then assaulting a protester during May Day street marches in Paris, which are organized every year in the French capital by trade unions. Macron’s chief of staff, Patrick Strzoda, has confirmed that the person in the video is Benalla.

The original video, posted on social media by 21-year-old Taha Bouhafs, shows a man in a police helmet who is not in police uniform joining CRS riot police after clashes broke out.

The Paris Prosecutor’s Office has now extended by 24 hours the police custody of Alexandre Benalla, Macron’s security aide, and Vincent Crase, an employee of Macron’s political party, who was also identified on the images as he was accompanying Benalla during the May Day rally. Crase has been accused of violence and temporarily suspended from work, while Benalla, who may face charges of violence and abuse of power, as well as illegally using signs of public authority and complicity in leaking surveillance data, is to be fired by Macron after “new facts emerged in the case,” French President Emmanuel Macron's office said on Friday. Right after the incident, in May, Benalla received a two-week suspension from work.

According to French media, Benalla’s apartment in Hauts-de-Seine, greater Paris, is now being searched.

The incident occurred in a tourist-heavy location at Place de la Contrescarpe in the French capital where about 100 people had gathered on May 1, with the published video putting the president under fire from the left-wingers. They slammed Macron’s entourage as being “above the law” and strongly criticized the president for not firing the aide straight away.